So yesterday on Twitter (my adopted social network) I posted the following:

“FYI: I’ll NEVER be one of those authors that, once you follow, hits you with an autoresponder. That is tacky as fuck. Offense intended. ✊🖋❤”

And only a handful of people seemed to initially notice. Not that I was really doing it for attention, I was just venting because I was aggravated at all the authors and people I followed back during my Twitter maintenance that auto-spammed me almost immediately.

Anyway, like I said: only a handful of people seemed to notice.

And then I woke up this morning and turned on my phone. 😄

A lot of authors took issue with my comment, saying (in a nutshell) that it was rude, unprofessional, and small minded. They told me once I started to get a serious amount of followers I would understand, and that it was just business.

But that’s not why I’m writing.

I’m not writing to become a millionaire. I’d be stupid if I was. I’m writing because I love it, because I have to, because it’s in my blood.

This is not a business for me. It’s a way of life.

Now as far as my comment goes, was it rude? Maybe. That depends on how sensitive you are.

Unprofessional? Please. I’m an erotica author. I make a living turning people on.

Anyway, you get the point. I could go on about this topic, believe me, but there’s honestly no point in doing so. Not when I have so many other things going on in my life that I’m super excited about. 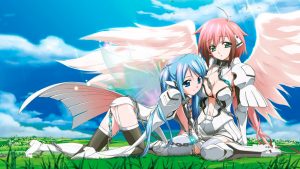