So I almost killed Natalie today. See, I was completely in the mood to write, so I hunkered down and set everything up, shot her a list of things to do via Google Keep and slipped the headphones on and went to work editing No Daddy! I’m (STILL) Not Mommy!.

Only to be interrupted about 30 seconds later by her telling me about this reality show she was watching.

So I talked with her, then went back to editing.

Only to be interrupted about a minute later with this problem she was having with her phone.

This was pretty much the theme for the day: start writing, get interrupted. Start writing again, get interrupted again. At the end of the day, I damn near leaped over my table and choked the shit out of her. Normally she’s so quiet and efficient, I don’t know got into her today.

Despite the constant stops, I ended up finishing the Yellow Edit of No Daddy and worked on the rough draft of Voyeur: Season 1, Episode 4. Maybe I had such a productive day because I was so determined to be just that in spite of the constant interruptions. Maybe that was her plan all along! 😀

Anyway, other than a phenomenal writing experience the day was completely unremarkable.

Which is a good thing!

Now to get ready for Rebecca – she’s coming over to scoop me up in about an hour.

Until tomorrow – stay freaky, my friends! 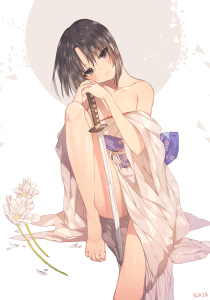 Posted in Diary
← The calm before the stormAnother night of insomnia… →