My first day of my week off work is not what I expected it to be. I didn’t write because I’m waiting for the Beta Reader Hit Squad to finish Amore so I can finalize it for the upcoming anthology. I learned from past experiences that I’m not one of those authors that can work on multiple stories at the same time and not blend things accidentally. So, I caught up on all my overdue (because of the holidays) author tasks and took a three-hour nap! I didn’t plan to, but Anne’s shoulder is apparently made by Sealy because I got in bed to watch something on her phone with her (she has a weird snake-like phone holder) and ended up waking up three hours later feeling like I was about three seconds away from peeing myself.

I woke up to about a dozen Cyber Monday deals on my phone and the fantastic news that Amazon is accepting Killer Lolis! I checked, and found that its status now says Publishing and they assigned it its ASIN! It’s not live yet, but should be in the next day or two.

Of course, subscribers to my newsletter will get a unique coupon so they can temporarily get it at 50% off, and the members of my Beta Reader Hit Squad that worked on it will not only get it for free, but they’ll also get a free audiobook code for any audiobook they choose on Amazon and a shout-out in this month’s newsletter.

They deserve all of it.

Without them, Killer Lolis wouldn’t have been half as good as it is.

Now to figure what to release next. I have so many books finished/nearly finished/dying to write; it is a hard choice!

Maybe you guys can help.

Go to the coming soon section of my website and send me a message letting me know what you think it should be. Whatever has the most votes by the time my beta readers finish Amore wins. 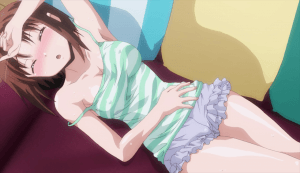 “‘Sex’ is as important as eating or drinking and we ought to allow the one appetite to be satisfied with as little restraint or false modesty as the other.”
– Marquis de Sade

FacebookTwitterPinterestRedditEmailWhatsAppSMS
Posted in Diary
← I got the cover back!Want to own a loli? Now’s your chance! →