Writing. Writing. And more writing. That was my plan for the day, with little attention paid to anything else. That was my goal. Life, however, had other ideas. For some reason every time I got in the writing trenches and started to let my creativity flow, something interloped. Not that they were terrible interruptions, mind you, but they were still interruptions nonetheless.

And I hate stoppages when I’m in my writing zone.

As it is, I still owe an hour of writing so I can finish the day with six hours, and I plan on tackling it as soon as I finish this entry.

One interesting interruption was from an old high school friend that randomly came at me with an existential crisis. She started out the conversation asking me what my personal definition of normal was. I thought for a few seconds and shot her the following response:

Normal, to me, is the epitome of Sheep Mentality; it is also, interestingly enough, a constantly flowing Zeitgeist that changes as often as the wind. To me, Normal is a poetic concept, right up there with Never, Always, and Forever. It does not truly exist outside of poetry and songs. If you’re looking for a less stringent definition of Normal, I would say it is simply what the mass consensus agrees upon as proper and accepted. Note that “normal” people do not tend to make history, and are rarely chronicled. 🙂

We had a fascinating conversation afterward, one that spanned an hour. And then the bestie chimed in, and then Anne wanted to vibe…and, of course, the brother unit decided it was the perfect time to snatch me up (literally) and watch Lucifer on Hulu together. And you know I can’t tell that man no to save my life, so there went another hour. This was after we fought with the PS4 Slim for about a half hour get it to quit continually buffering. We closed background apps, restarted it, and nearly elbow-dropped it to get it to act right finally.

After writing today, there is only one more thing left on my task list: orchestrate a signed paperback package deal for you guys. I brought it up a while back and put it on my task list to deal with later, and today apparently is that day. Once I get the details ironed out, I’ll let you guys know.

Right now, I’m all about this Cowboys game, which is yet another writing distraction. 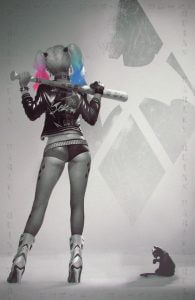 “I just feel like every kid is growing up too fast and they’re seeing too much. Everything is about sex, and that’s fine for me. I’m not saying I don’t like it. But I don’t think it should be everywhere, where kids are exposed to everything sexual. Because they have to have some innocence; there’s just no innocence left.”
– Ellen DeGeneres

FacebookTwitterPinterestRedditEmailWhatsAppSMS
Posted in Diary
← Not one spider monkey was given!Next Post →