So, I woke up this morning wearing the same clothes I was wearing all day yesterday. This was strange to me for two reasons:

Once I was fully awake I did the first thing I do every morning – I turned my phone on to check for notifications. Except it wouldn’t turn on because it had run out of power. Which, for some reason, is precisely when I remembered that I didn’t write a Diary entry last night. I hopped out of bed and ran to my computer and opened up my site, mentally preparing myself for some sort of explanation on what happened (which I wasn’t entirely sure of myself at that moment) and was surprised to find that Natalie had written an entry for me.

I must have read it six different times before I called her.

And then heard her phone go off in J.C.s room. 😀

Yeah. That’s how my day started.

Honestly, I’ve been chained to the computer for most of the day, for various author reasons.

I finished the publishable (i.e., full) version of Amore, so it’s ready to be released whenever. Which means it’s ready to be submitted for the upcoming Bad Girls of Erotica anthology also, and it seems like most of the other girls are prepared too. Which means this collection should be out relatively soon. Of course, I’ll keep all of you posted via the pages of this Diary and social media. I won’t start advertising officially/supporting it until next month, however, as this month all my focus is on the release of Killer Lolis.

Something else of note: Amazon is putting together some sort of Romance subscription feature for their audiobooks, and they selected me as one of the authors to help launch it (they seem to include me in new program launches a lot. I really don’t know why; I am nowhere near the most popular erotica author. Yet.), so I enrolled all the audiobooks that have even the slightest romance element in them and am awaiting their response. They show as enrolled in my audiobook dashboard, so they apparently accepted them all, but I’m not sure exactly what this means.

Here’s more information about the program:

So, you know what this means, #TeamAlexa – get on this package and get all my books! 😀 If they let me know anything else, I’ll pass it on to you guys.

From here on, my day only got better. My hired narrator for No, Daddy! I’m (STILL) Not Mommy! Sent me the first 15 minutes for review, which I listened to and accepted. She’s working on finishing it up now! Hyper-excited, because this narrator is fantastic, and I’ve had enormous success working with her in the past.

I also (already) received an audition for the audiobook version for Killer Lolis. This guy has such a smooth, mercurial voice…I had to accept. I usually don’t accept the first audition for an audiobook, preferring to wait until I have at least three to choose from, but this guy slammed it out the park. He’s perfect. I loved his audition, so I hired him, and he’s already working on it.

Now to just get the narrators I hired for Programming Sophia and The Secret Life of Miel to jump on the productivity ship! 😛

After I knocked out a few author tasks, I spent the rest of the day being a straight YouTube slut (I’ll admit it: I spent hours watching Logan Paul Vlogs). Oh, I also played a little of The Witcher Enhanced Edition and caught up on Empire and Total Divas before that, and I plan on watching a movie with Rebecca in a few hours when she gets here, but otherwise: a boring yet enjoyable day.

And I loved every second of it.

All with absolutely zero alcohol. 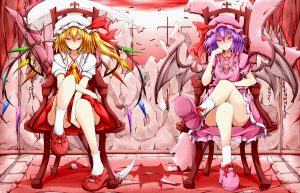 “Instead of being presented with stereotypes by age, sex, color, class, or religion, children must have the opportunity to learn that within each range, some people are loathsome and some are delightful.”
– Margaret Mead