So, I went to bed last night dead tired and was asleep almost before my head hit the pillow. I was out cold.

My big brother said he checked in on me because he was hearing strange quasi-demonic/bestial sounds emanating from my room, only to find me loudly snoring and wrapped up in my bed sheets like I was playing an insane version of Twister.

He likes to pretend he doesn’t have a sense of humor…he sure didn’t have one when I dropped a frozen fried egg sandwich on his plate for breakfast.

I spent another six hours fine-tuning Girl Fight (I am head over heels in love with my new headphones. Words cannot express) and almost managed to get out of the Yellow Revision, but there were just too many additions and tweaks to inject. I’m not upset about it either because the story is much more vibrant and developed as a result. Not to mention the creative juggling is a blast.

I love being a writer…

Aside from Anne’s strange and sudden fixation on The Beverly Hillbillies (she’s been binge watching it all day on Hulu) and getting my Patreon just a little closer to launch, my day has been entirely unremarkable. Well, Amazon did pull Phi Beta Pie’s eBook/paperback version, but after some back and forth we resolved the problem, and it should be back up in a day or two. Basically, the problem was they finally realized the introduction had my ex-boyfriend’s personal information all over the place (social security number, credit card info, address, parent’s names, etc.) and flipped out. The thing is, I used a random generator found online (I’m not that stupid), so they agreed to let me change the introduction and they’ll republish. Which is good, because that book is pretty much the nexus of my universe.

Time to unleash the alcohol. 😊 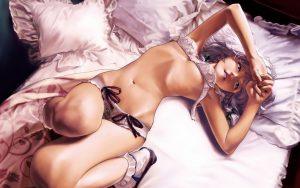 “Fast sex, like fast food, is cheap, but it doesn’t nourish the body – or the soul.”
– Suzanne Fields