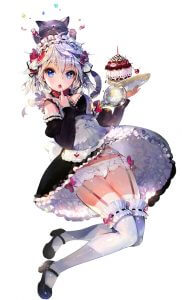 Insomnia embraced me once again last night, so I decided to embrace it back and jump out of bed and attack Interview With A Werewolf (the final book in my Nephilim series, in case you didn’t know) instead of tossing and turning like I usually do. I had to rethink several plot points for the series, which slowed my progress some, but even with that roadblock, I managed to squeeze out 2,598 words and inserted some really steamy (apparently due to exceeding horniness) sex scenes in to boot. 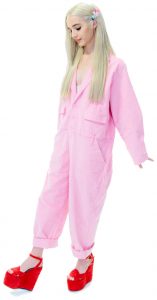 On a completely unrelated note, I also sent the bestie random sexually harassing messages (even a titty shot at one point) just to throw her off her game at her new job. Cause love. Being my friend ain’t free, yo. You have to pay for that shit with sanity. 😀

Much like sleep deprivation, apparently. I learned this as I tried to struggle through the last half of my day, learning a few precious lessons: 1) do not, under any circumstance, watch Poppy videos on YouTube if you’re in any kind of mentally altered state.

And 2) likewise, stay away from videos about a YouTuber that has sex with her dogs. It actually popped up on the front page of my suggestions, and I have no idea why. I mean, what sort of algorithm is YouTube using to suggest shit like that to me?! I’ll be the first to admit I’m all kinds of freaky, but I’m nowhere near that freaky! 😀 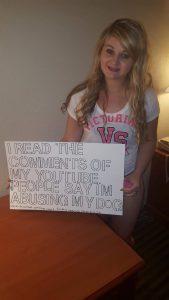 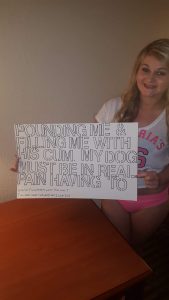 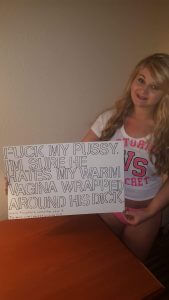 The above pictures are not photoshopped, by the way. That is actually her representing. On the one hand, you have to admire the steel ovaries this chick must have to declare shit like this publicly, but on the other, you have to wonder why she’s publicly declaring shit like this. I mean, why practically demand the spotlight on yourself for something like bestiality? What are you really hoping to gain from that? What are you expecting to happen? Is that really what you want to be known for?

(No, I’m not a racist, this is a joke Anne and I throw at each other all the time. It’s funny because I’m white, and things repeatedly keep popping up in the news verifying the statement. :-D)

Anyway, I’m running away from the real world and going back to the solace of Ouran High School Host Club where it’s safe.

Until tomorrow, my beloved Alexaliens…

I just don’t believe in love at first sight anymore, even though I’ve based my whole career on the concept. In my experience, power, money and influence always attract the opposite sex. It’s something that I’ve always exploited – with good results.