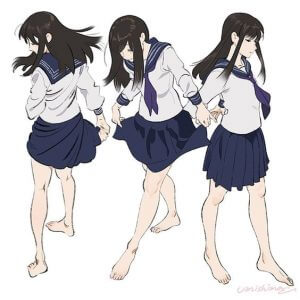 I was yanked abruptly out of my writing cave by a crying and panicking Anne. Someone had charged 11 different things to her bank debit card totaling over $800, all from Amazon. And it was the day before her rent was due. Understandably she was freaked and was utterly baffled as to how it happened.

As was I, until I went through her usage history. But I’ll get to that in a bit.

Luckily the bestie unit works in the collection agency and is a whiz with things like this, so together we straightened everything out and got the bank to refund her the missing money so she could pay rent on time. (Major props to Chase!)

She didn’t put her information on any website or physically lose the damn thing. She didn’t talk to any telemarketers or fake IRS agents. No, all she did was hand her card over to a local merchant to scan in so she could buy some cigarettes.

Several hours later, someone was having their own personal Prime Day on Amazon.

This guy had been building up her trust for months, had been telling her to not go anywhere else for her cigarettes and alcohol, and had his scanning machine on his side of the counter, so people (especially people in wheelchairs, such as Anne) had to hand them their card. Which meant, of course, he asked for her pin. And he could easily see the three-digit security numbers on the back. I had no idea this was going on (I had never set foot in the store) otherwise I would have refused to let her do it.

Needless to say, don’t ever hand your card over to anyone, for any reason, especially a merchant in a ghetto-ish location. Especially in Dallas…

Anyway, sorry, but I had to vent. Everything turned out OK, and everything that bitch-ass dude ordered was canceled.

And Anne is much wiser.

Now back to my world of angels and demons. Where it’s much, much safer…

And be careful out there, OK? 💖

“War is a perversion of sex.”