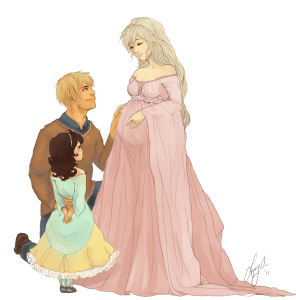 I’m not doing that to be a bitch, it’s just that my releases until then are already slated and, in most cases, finished. Since I release a new eBook/paperback/audiobook every month, I can’t just push everything aside, ya know?

So far, it’s coming out amazingly. I’ve already finished writing, revising, and polishing the outline (which I preach to my students in my Writing 101 class), and tomorrow, I’m going to start writing the rough draft. I am so excited. Of course, I’m doing this because I’m taking a brief break from the final Exitium Mundi book, Everyone 2, which itself is in its rough draft stage. I know, sometimes I have writers ADD, but it’s nice to switch projects occasionally, especially when your creativity starts feeling stale.

Fuck, I love being a writer! 🥰

I would love it even more if I didn’t feel 13 months pregnant from all this damn Halloween candy I’ve been eating from Universal Yums. During my Halloween frenzy, I ordered their special Halloween box, which they got to me quick fast and in a hurry, and Anne and I immediately tore into it this past weekend and now… I never want to see another piece of candy again. They were so damn good though! Except for that weird sour candy that gave me bitter beer face for like an hour. That was horrible. Even Anne tasted it and looked at me all alarmed and betrayed. 😅 She came to love it though – after the initial taste shock wore off.

Ah! Before I go, I wanted to post the current status of my latest Twitter poll, which had some interesting conversations attached to it. There’s still a little time left to vote, so make your voice heard! 😝 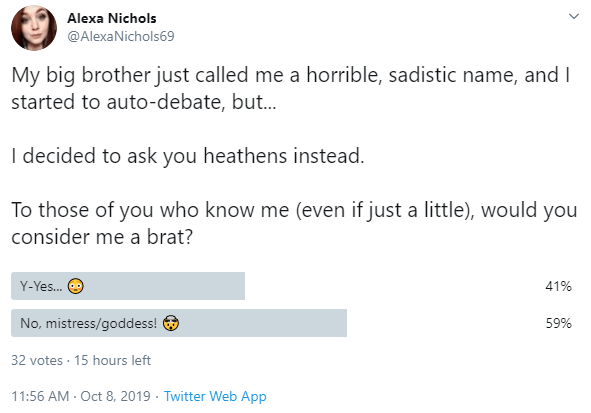 Enjoy the following Halloween story, ripped from the interwebs.

I hate it when my brother Charlie has to go away. My parents constantly try to explain to me how sick he is; that I am lucky for having a brain where all the chemicals flow properly to their destinations like undammed rivers. When I complain about how bored I am without a little brother to play with, they try to make me feel bad by pointing out that his boredom likely far surpasses mine, considering he’s confined to a dark room in an institution. I always beg for them to give him one last chance. Of course, they did at first. Charlie has been back home several times, each shorter in duration than the last. Every time without fail, it all starts again. The neighborhood cats with gouged out eyes showing up in his toy chest, my dad’s razors found dropped on the baby slide in the park across the street, mom’s vitamins replaced by bits of dishwasher tablets.

My parents are hesitant now, using “last chances” sparingly. They say his disorder makes him charming, makes it easy for him to fake normalcy, and to trick the doctors who care for him into thinking he is ready for rehabilitation. That I will just have to put up with my boredom if it means staying safe from him. I hate it when Charlie has to go away. It makes me have to pretend to be good until he is back.

FacebookTwitterPinterestRedditEmailWhatsAppSMS
Posted in Diary
← Helping Anne poop, having fun with Lolis, and making you wet yourself…Sexual harassment, being a “working girl,” and loli rants… →