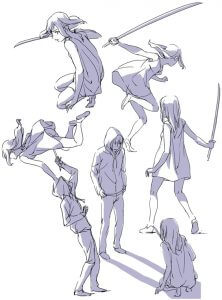 Back when I was doing daily Diary entries (I still don’t see how I pulled that off considering everything else I was juggling), I used to let Anne occasionally slip in and write an entry for me. I would label these little creative outbursts of hers as “Anne’s entry” and just let her go to town – no grammar checking, no filtering, and no direction as to what she should write about. She loved it.

So, I figured it was time to give her another stab at it. What’s the worst that could happen, right? 😳

I got new video games and been watching Jersey shore I really like it. Alexa girl be you was right about the show. Do you want to hang out this weekend? How is your writing going I want to tell you about this new movie Call Deep sleep you should watch trailer for it. We been having fun Mario kart 8 I am all most done with one of Batman telltale game. The game are awesome. I like watching lore it’s very different.

So, there you are. The world, according to Anne. 🥰

My life has been a combination of three things lately: Jersey Shore binge-watching with Anne, overdosing on wax cubes (I love those damn things!), and writing like a fevered madwoman to get Erotic Urban Legends: Pulse finished for my Patreon peeps. As I write this, a dear friend of mine is beta reading it for me, so as soon as I get it back and throw it at the rest of my Beta Reader Hit Squad, it will be shelved! I really wanted to make a short horror story, but this motherfucker ended up 22,844 words – far from what I intended.

Initially, I gave myself a cap of 2,500 words, and the first version was somewhat close to that. After three different revisions and some severe brainstorming… things got a little out of hand. 😅 While my stories always inflate during the revision process, this was a bit ridiculous. I swear I spoil the shit out of my Patreons…

Because of my release schedule, I won’t be able to release it to the general public until April 2022, but I’ll give you a sneak peek of the cover now: 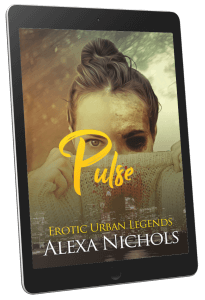 Because I was writing this, I had to temporarily pause the last book in my Exitium Mundi series, which is in the rough draft stage itself. Which means I’m also paused in the middle of Voyeur’s Season 2 (no, I swear it isn’t abandoned) and the next book in the Killer Lolis series: Hunt for the Lolistone. The cover for that book (which is also in the rough draft stage!) is below: 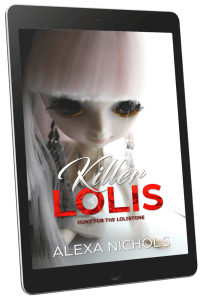 So many things I want to write, so little time! 😭 And then there are other stories that are almost finished that I really need to polish up like Mya, Lilith, Invictus, Balls Deep – A Love Story, and others. I need more hands. Or maybe I can pull a James Patterson and hire other motherfuckers to write my books for me and just sit back and rake in the money. I will never do this, of course, because, you know, I’m actually a writer…

Maybe I just need to double down my writing efforts. I dunno.

Thanks for reading my latest rant, beloveds. I really appreciate it. 🥰

Last night a friend rushed me out of the house to catch the opening act at a local bar’s music night. After a few drinks I realized my phone wasn’t in my pocket. I checked the table we were sitting at, the bar, the bathrooms, and after no luck I used my friend’s phone to call mine. After two rings someone answered, gave out a low raspy giggle and hung up. They didn’t answer again. I eventually gave it up as a lost cause and headed home. I found my phone laying on my nightstand, right where I left it.