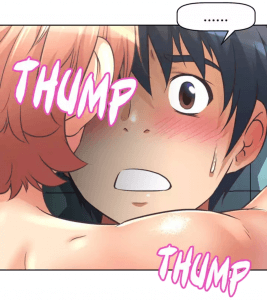 This year has, so far, sucked proverbial balls. I’ve gotten into a wreck, had a screaming match with a Medicaid driver (twice!), was hit by a strange sickness that caused my temperature to shoot up to 103°, had half a dozen arguments with the people closest to me, already broke one of my three new year’s resolutions, had a severe pay cut due to a big misunderstanding (that I will fix by the end of next week) and to top everything off: I was attacked by a migraine for several days, one that I’m only just now getting over. And it’s only the sixth day of the year, y’all. 😭

This is why it’s strange that my writing career, almost in defiance, is going fantastic. The output is beautiful, ideas are flowing, creativity is spurting all over the place. This is probably due to taking the last two weeks of December entirely off. No internet, no social media, not doing anything online except spending way too much money on gifts and ordering fast food. Oh, and of course talking to my Patreon subscribers, cause they were the sole exception to my online vacation. So much fun.

About my vacation. It was mainly spent with family and friends, and hanging out with the big brother unit/Anne doing the following: reading Twilight, reading the Kiss X Sis manga, trying to catch up on all the electronic magazines I have built up, playing The Witcher 1, Resident Evil Revelations 2, Skyrim (of course), Final Fantasy X/X-2 HD Remaster, Dragon Quest 1 (Super Nintendo version), and The Sims (1/2/3/4). I also watched the anime Shimoneta: A Boring World Where the Concept of Dirty Jokes Doesn’t Exist, several movies, and The Witcher series on Netflix (which I completely adore). I even spent a little time writing on a secret project that I’ll spring on you guys soon, my first erotic fantasy series. It’s turning out really good so far. Loving it.

I love you all…

* Oops, I meant what, not who. Typo. Sorry. You got clickbaited, motherfucker, deal with it. 😅

“Separate inherently is not equal. There’s a reason why $45 million was spent against marriage equality. It’s because people understand the word does have meaning. And equality comes when we accept the same notions and the same institutions for everyone, regardless of race and gender and regardless of sex orientation.”

FacebookTwitterPinterestRedditEmailWhatsAppSMS
Posted in Diary
← Anne’s murderous vagina, outsourcing, and projectile vomiting!The hardest thing for me to do, changes, and finally getting to finish! →