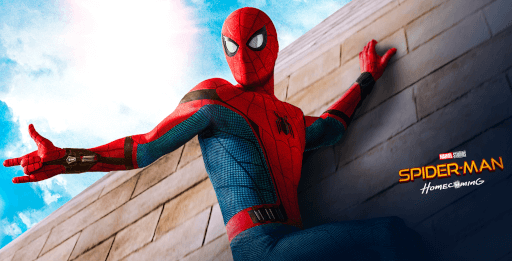 A young Peter Parker/Spider-Man (Tom Holland), who made his sensational debut in Captain America: Civil War, begins to navigate his newfound identity as the web-slinging super hero. Thrilled by his experience with the Avengers, Peter returns home, where he lives with his Aunt May (Marisa Tomei), under the watchful eye of his new mentor Tony Stark (Robert Downey Jr.). Peter tries to fall back into his normal daily routine – distracted by thoughts of proving himself to be more than just your friendly neighborhood Spider-Man – but when the Vulture (Michael Keaton) emerges as a new villain, everything that Peter holds most important will be threatened. 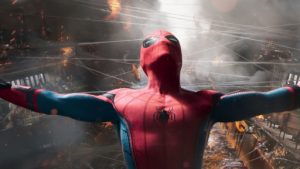 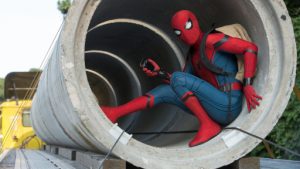 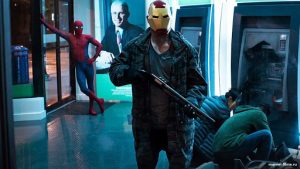 This might sound like an insult, but it’s really not: this movie was 100% mindlessly entertaining. Sometimes it’s nice to watch movies like that, ones that don’t make you think too hard and basically amount to well-polished eye candy with witty humor sprinkled in for seasoning. I’m a cerebral type, but it’s nice to just unwind the mind occasionally and watch a film rather than analyze, dissect, and take it apart for plot/subplots/plot twists—kind of like my Quickies stories. Sometimes simpler is definitely better.

This movie is a prime example of that.

The only things I didn’t like, and the only reason I didn’t give this five hearts, had nothing to do with anything inherently wrong with the film, but more my personal preference.

To put it concisely: I didn’t like how they reimagined the canonical characters.

I have the same pet peeve with comics when they decide to go in a completely different direction than the original. I mean, why not just create an entirely different hero? Why mess with something that’s already been well-established? Isn’t there room for new characters? New stories? How many times are they going to reinvent the same characters? Why? 😭

Back to the movie. I get that it’s an origin reboot, but they *drastically* changed everyone, and that kind of alarmed me. I’m definitely more a fan of the original comic book version. The way they reinvented Flash and “MJ,” in particular, threw me (not to mention how young Peter Parker is now!) but still – it was a good film. It’s just not entirely my cup of tea. 😐