So I practically jumped out of bed and started writing this morning without thinking about anything else. My brother brought me breakfast, I inhaled it while I wrote, and as a result Voyeurs Yellow Edit is finished, which means all I have is the Green Edit (which I plan on doing later today) and the Final Edit (which should be done by tomorrow) and it’s ready to be released!

As I’ve stated in the past, my newsletter peeps will be getting a free copy with next month’s newsletter – everyone else will have to pay for it. It’s going to be a LONG series, spanning the length of my entire writing career. I already have the next 100 episodes outlined. Yeah, I’m an overachiever like that. 😀

In case you can’t tell, I’m really excited about it.

I’m also excited about being a writer in general. Sure, there have been ups and downs, and I’ve had to develop a helluva thick skin when I read some of the negative reviews for my most popular book No Daddy! I’m Not Mommy! It’s strange, because there are a lot of good reviews too, but the negative ones are the ones that throw me. They just seem so…petty. The story was a short tongue-in-cheek story that wasn’t meant to be taken seriously. Erotic, yes. But it’s a Quickies story. I dunno. From this day on, I’m not reading any more reviews, for any title, in any format. It doesn’t matter if they’re good or bad, because they throw me off when I write on whatever project I’m working on at the moment.

I love you guys. Seriously. You make it all worth it…

I’d like to see Richard Burton or Sir John Gielgud or Sir Laurence Olivier do “Macbeth”, memorizing all that dialogue, and have a boner. 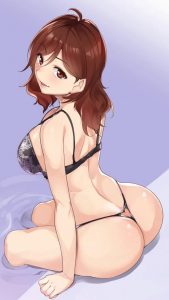