So I’m on my daily commute to work this morning and while I was waiting for my next bus this guy came up to me and asked me to call the police because he was having hallucinations and was about to pass out.

So I did. I was kind of too surprised not to.

That was how my day started. 😄

When I actually got on the bus the driver – who was a mountain of a man – sat all the way back in his seat and promptly fell asleep! I swear I’m not making this up. He just sprawled back and…passed out. He did finally come to after people started complaining, sitting up and driving his route like it was the most normal thing in the world.

If I wasn’t on my way to work I would have found it way more humorous than I did at the time. Looking back now I can chuckle, but only because I somehow managed to make it to work on time – early, in fact. Which was strange…

My work day, now, was a whole other story! 😀

Anyway, I’m off to try and get a modicum of writing done before bed. Programming Sophia isn’t going to write itself. Or is it? (Read the story when it’s done and you’ll see why I wrote that. 😉 ) 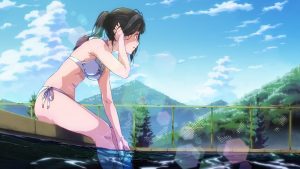