God this day has just been one thing after another! 😀 It started out when I woke up and started making my breakfast sammich – something I do every work morning – but when I lifted it up to the microwave for some reason I slammed the plate into the cooling vent above the stove, almost knocking my sammich off my plate entirely.

Everything went downhill from there. Not necessarily in a bad way, in a weird almost comical way.

Some highlights to give you an idea of what I’m talking about: fighting with my big brother over whether I should wear panties to work or not (he wouldn’t let me leave the house until I did), getting into a text argument with Rebecca over the whole face seat thing (I’m apparently a whore now), and work itself (which I’m not even getting into just in case one of my coworkers on the sly knows about this Diary :-D).

I came home from work, slammed the door to my room (completely ignoring my brother), and started knocking out tasks like they stole something. I ALMOST finished polishing Killer Lolis, but there were simply too many other things on my plate. Tomorrow, however, it will definitely be done, and then it will be in the hands of my Beta Reader Hit Squad! I’m both nervous and excited at the same time!

And then there’s “Amore”, a 10,000-word short lesbian love story for the upcoming Bad Girls of Erotica anthology. I’ve been drafting it out most of the day, eager to get it started already. It will also be released on its own in the far, far future (middle of next year, maybe the year after) so the only way you’ll get to read it anytime soon is by getting our new book. How’s that for arm twisting? 😅

Annnnnnd my brother just won me back over – he made me apology tacos! I truly love that man. He knows me so well…

Anyway, time to gain about 10 pounds. I Love you all. 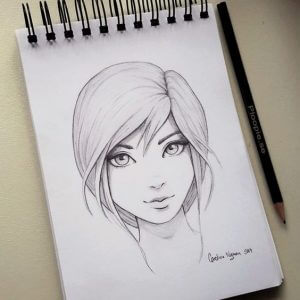 “Social progress can be measured by the social position of the female sex.”