Yesterday was kind of rough, as you may have deduced from the succinct entry I posted. Instead of going into painstaking detail as to why I’ll summarize.

There you have it. My yesterday. I was too frazzled to socialize or mess with my Diary, but I did promise you guys an explanation.

Today was basically me calling the hospital every hour asking about his progress. As I write this he still hasn’t woke up, but physically he seems to be fine. Natalie (his fiancée) is staying the night again tonight, as is Anne (my friend/client). Me? I’m going to drink and try to write. 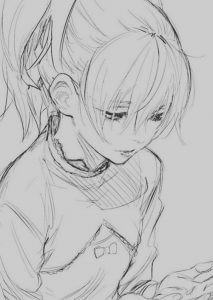 “For male and female alike, the bodies of the other sex are messages signaling what we must do, they are glowing signifiers of our own necessities.”
– John Updike