When I first started writing this Diary, I promised you guys I would be candid and transparent because I wanted to treat this as a real diary, just online for you to read. Many of you have no idea how much bravery that takes – how hard it is to put your innermost thoughts and feelings out there for public consumption. I know most of these entries have (more or less) been in a light-hearted vein, but that’s Life – we don’t live in soap operas, and I’m one of those people that tries to see the good over the bad. If you look back at some of my past entries, however, you’ll see many moments of anger, hurt, and overall seriousness.

This is going to be one of those entries.

My brother was in a car accident, as many of you know, and though he doesn’t seem badly hurt, he doesn’t stay awake for very long either. At one point I was asked to leave the hospital because I went into a rage over the ineptitude of the nurses and doctors…which wasn’t fair to them. I just needed someone to vent to, someone to blame, and they were the easiest targets. I have since apologized, and they accepted, but still.

Thing is, I genuinely have thanatophobia (fear of death), and when it comes to my big brother, it’s intensified.

The doctors are worried that he’ll slip into a coma. I’m so glad Natalie and Anne are here, and even Rebecca came over late last night and hasn’t left my side since. She’s being way more supportive than I deserve. The house seems so strange without my brother’s presence in it. He has this aura that’s hard to explain…without him here, everything just seems a lot less colorful. Empty.

Needless to say, my mind has been on this all day, which is horrible for creativity and productivity. I worked on Beta Reader Hit Squad revisions of Killer Lolis, flushed out Amore some, zoned out a bit with Animal Crossing: New Leaf… Oh, and caught up on Total Divas and Empire on Hulu Plus because I missed this week’s episodes.

And that’s been my day. Hopefully, your Saturday went better than mine. 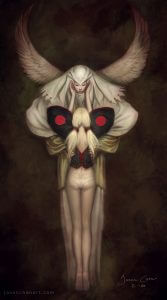 “An intellectual is a person who’s found one thing that’s more interesting than sex.”