So, my big brother grounded me from my drone, and for entirely unfair reasons. I mean, yeah, I may have been innocently terrorizing him with it these past few days, but that was all good clean fun. I mean, no one got hurt. Or maimed. And I was getting really good at piloting it around the house, which is impressive considering how I’ve never owned anything like it before.

But then I accidentally lost control of it in the kitchen (I was trying to mess with him while he was making dinner), and it went straight to his face. Luckily, he has good reflexes, so he smacked it away in time, but in doing so sent it through the dinner ingredients and straight into the pan of cooking beef.

He quickly fished it out after I cried out in dismay, burning his hand and sending everything else flying in the process.

I never knew he could cuss so fluently.

So, I’m grounded from it for a week.

Bet I get it back sooner though.

Other than getting unfairly treated, I finished a fantastic amount of author tasks. All of them, actually. I even worked on my Patreon, which should be launching the first of next year.

All this productivity means I actually had time to play my new favorite game, World of Final Fantasy. It’s like if Pokémon and Final Fantasy had a kid, this would be it. It has its own unique flavor and a cartoony look that remind me a bit of Final Fantasy 9, with a Kingdom Hearts type of twist. You’ll have to play it to understand.

Anyway, I plan on taking a writing break for a bit – at least until next year – so don’t expect much writing related news from me. I have anime/books/manga/video games/audiobooks to catch up on… 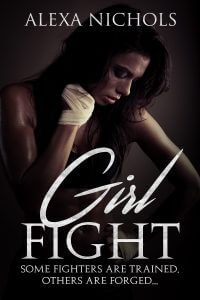 “We need everyone to be a feminist. Feminism is the fight for the equality of sexes, not for the domination of one sex over another.”