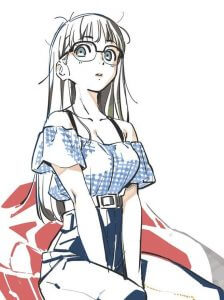 See, I had all sorts of author accomplishments and updates to post about today, but then Nintendo went and announced Labo. And my mind was blown. If this had been released on April 1st it would have made complete sense – I would have just written it off as an April Fools Day joke (looking at you, Google), but today? These motherfuckers are serious. They’re really going to make this.

To be honest, at first, I was kind of underwhelmed. But then I watched the video and became a bit intrigued. See, I own a Switch, and when I heard about a big announcement they were going to make I figured it would be a (long overdue) Animal Crossing game or something similar.

Now on the author front…

I created a Blogger (primarily for increased visibility), transferred all of this year’s Diary entries to it, and intend to basically just copy & paste the entry I posted here to it at the end of the day. I also submitted The Champion’s Gift (A Qedesha Story) for March 1 preorder, and just found out that it was accepted and is publishing. The cover isn’t showing up yet, but they only accepted it a few hours ago, and they said cover images and such could take up to three days to appear. Regardless, you’re able to preorder it now, and my preorder offer I made with Amore stands for this one as well: send me proof that you preordered, and I’ll send you a gift. Just a simple screenshot of the purchase page will do. 🙂

I already have another story planned that will use one of the two main characters from The Champions Gift called The Qedesha’s Handmaiden, and I may just crank it out and use it as a Patreon exclusive. I’m sort of on a break from my pen name writing for a minute, in case you can’t tell. I do that sometimes when I’m writing actual novels. It’s therapeutic.

Oh! The paperback version of Amore is now live and purchasable! Which is strange since the eBook version won’t be released until February 1st, but I can’t figure out how to delay the release of the paperback so… fuck it. 😀

On a side note: don’t eat a shit-ton of ice-cream right before you go to bed. I found this out the hard way last night. Not only did it take forever for me to get to sleep, but my dreams were just strange. Like, zombie-apocalypse X-Men WW3 strange. And then I woke up and bit the shit out of my tongue, so all day today eating has been a chore. It took forever to quit bleeding, and will probably take a few days to heal, but it’s all good. After all that ice cream last night I need to lay off the food for a few days anyway…

“We need sex education in schools, but we need it at home first. We need parents to learn the names of the teachers who are teaching their children. We need families to question day-care centers, to question other children and their own as to what goes on.”