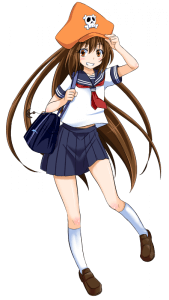 I had the strangest dream last night. I was in the middle of an apocalyptic zombie infested anarchy type situation, and all I could think about was getting my laundry done! I mean, it was a strong compulsion – I absolutely had to get it done for some reason. Crazy. See, this is what happens when I deal with the business end of authoring and don’t do any creative writing – my imagination gets back at me and makes me dream shit like this. I promise you I am not trying to be cute, either. This motherfucking dream must have lasted all night long. It was like a fucking movie!

Anyway, it was another day of full of accomplishments for me. I’m mentally worn out though, and this weekend is going to be the antidote for that. Alcohol is in the fridge, Anne is nesting at my place, and my video games and manga are ready to go. The only problem? I really want to work on The Qedesha’s Handmaiden! It’s turning out to be such a fun story, and I absolutely love the main character, Leah. This book is the end of the Qedesha trilogy and answers all the questions readers have been asking me since the first book was released. Like what happened at the end of Qedesha (Sacred Prostitution)…

I received notice this morning that my latest accomplishment, Cramming Sis! Again!, is available for April preorder. I also completed the paperback version, and it’s been submitted for review. And then Amazon informed me that the paperback version of The Champion’s Gift: A Qedesha Story is available for purchase, even though the preorder won’t be released until March.

That pretty much sums up my day. All work, no play. Until now, that is. I’m seriously thinking about starting the weekend just a tad bit early…

I love you, #Alexaliens. Enjoy your weekend.

And remember: if you don’t have anything to do this weekend and no one to talk to, you always have me. Just hit your girl up. 😉

“The higher mental development of woman, the less possible it is for her to meet a congenial male who will see in her, not only sex, but also the human being, the friend, the comrade and strong individuality, who cannot and ought not lose a single trait of her character.”