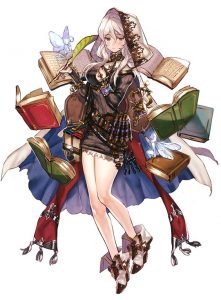 I practically sprang out of bed bright and early this morning and jumped on my laptop, ready to churn out some serious author work. And churn I did. The Qedesha’s Handmaiden has now been completely outlined, and tomorrow I’m going to work on the rough draft. I’m so excited about this story it’s almost silly. It’s going to be the last book in the Qedesha trilogy, and it goes out with a bang. And it answers all the questions readers have been throwing at me about the Qedesha in my universe. Just wait. It will give you the feels. Promise.

And speaking of feels.

Several readers have written me (and left reviews stating) that my most recent book, Girl Fight, was a tough read – not grammatically (though I did correct two errors today thanks to @TokenFamilyFun on Twitter), but feelings-wise. They said it was gut-wrenching, and elicited all kinds of intense, uncomfortable feelings when they read it. They also said they loved the story for those feelings, that it even evoked them to begin with.

I’m glad it did. That’s exactly what I intended.

I wanted readers to be uncomfortable, to have a sense of what Sara, a victim of longtime sexual and physical abuse, was going through. I wanted them to get inside her mind, to see how she was a victim, yes, but a fighter, both physically and emotionally, and how her spirit – her fractured but indomitable spirit – was at the same time inspiring and humbling. So, when readers say they loved the story, but it made them uncomfortable at parts, even squirm, I smile. And then think of my brother.

See, when my brother read it (a feat in itself, as he usually doesn’t read smut, but I assured him that though there was sex, there was a compelling story embedded too), he did so silently until he ultimately finished the entire thing. Literally. The motherfucker didn’t even move. And then he looked up at me and said one word: “Wow.” I practically floated out of the room. Coming from him, that is an insane compliment, and it let me know I did it right.

My readers are just confirming this.

For everyone that has written me about this book, thank you. Your opinions, good, bad, or indifferent, mean the world to me. And I’m not sorry at all that the story is giving people feels. Feelings are good. Passion is good. Empathy is good. We should all be exposed to things that serve as a catalyst to those more often. I bet it would make the world a much better place.

“I am hoping that I can be known as a great writer and actor some day, rather than a sex symbol.”

FacebookTwitterPinterestRedditEmailWhatsAppSMS
Posted in Diary
← Sleeping in until noon!A Motherfucking Princess →