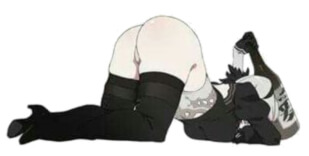 Apparently, I was way too enthusiastic about my energy and goals yesterday. I’m paying for that today. I was feeling better, so I had a fraction of my energy back and decided to go into straight writing beast mode. Well, I woke up today feeling all kinds of worse. I still got things done, of course, but there was so much rest in between jobs… so much…

I was apparently looking so ratchet this morning that my big brother took the day off work today when he saw me – even before asking how I felt. He’s been forcing me to drink (not even alcohol!) and eat healthily. I have to give it to him, I do feel better as a result. Maybe if I keep listening to him by tomorrow, I’ll be back to normal.

I managed to work on The Qedesha’s Handmaiden a little bit today, but not as much as I wanted to. I really need to crank some words out tomorrow because the end of the month is rapidly approaching – and if you know me you know that this is the most insane time for me both personally and as an author. A lot of tasks hit all at once, leaving very little time for actual writing. So, I have basically tomorrow to really stick it to the story, then all bets are off for the next few days.

I can do it though. After all, that’s what coffee’s for. 🙂

Since it’s about to be the end of the month, that also means the release of a new novel: Amore. That also means saying goodbye to Girl Fight, a story I hold very dear to my heart. Usually, when I finish writing a book (and going through the constant revisions and edits my editor and Beta Reader Hit Squad throw at me), I’m spent and happily moving on to the next story after a few days of mentally decompressing.

I put a lot of myself in that story and really became attached to the characters within it. I can completely identify with Sara, more than most of you know, so writing about her came easily. Naturally. It’s almost like I’m saying goodbye to my best friend by not having the book on the front of my website and on my social media channels.

Logically I know I’m not, that it’s still going to be for sale and everything, but still. It’s like my big brother says whenever I tell him things like this: logic and emotions rarely shake hands. I agree.

Anyway, I need to get to bed early if I’m going to pull off the writing apocalypse I plan on for tomorrow, so good night, dear diary.

Thank you for listening.

“I come before you to declare that my sex are entitled to the inalienable right to life, liberty, and the pursuit of happiness.”

FacebookTwitterPinterestRedditEmailWhatsAppSMS
Posted in Diary
← 50%, being loved, and audiobooks galoreGuess who’s back, deep thoughts, and a favor →