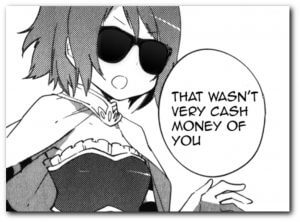 So, I started the most hilarious argument between Natalie and my big brother that went on far longer than it should have. 😅

See, I have a weird mind, (Shock, I know! 😳) and when I was younger, I used to always come up with creative yet twisted little hypothetical questions to throw them at my friends just to see what they would say. They loved it. So did I. I haven’t done it in a while, but when our little trio was watching The Originals on Netflix last night, I thought of one out of nowhere.

I paused the show and turned to Natalie. “I got a question. Far-fetched, but go along with it. Let’s say J.C. was in a car accident with your dad. Your dad was killed, but J.C. survived. Unfortunately, J.C.s penis didn’t, so they did an emergency transplant and used your fathers. Would you guys still have sex?”

Natalie’s eyes widened and without missing a beat responded, “Hell no!”

Which caused my brother to turn to her all stoic-like and ask if that meant they would never have sex again.

She looked at him with that same wide-eyed (and unblinking) expression and reminded him that it was her father’s penis.

My brother repeated his question.

The playful argument started, and I fell off the couch laughing. It was hilarious watching my brother rationalize and try to debate his way into her pants, and Natalie was just as resistant. He even tried to compromise.

“OK, what about oral sex?” My brother asked.

She said she would probably do that for him. I was dying. I couldn’t breathe. My life was flashing before my eyes and all that junk. They were negotiating sex with her father’s penis. It was too much.

“So, you would really jack off your father’s dick?” J.C. deadpanned with a hint of disgust in his voice.

I was literally rolling on the floor choke-laughing. I think I actually passed out a few times. I may have even peed myself a little. You should have seen how she jumped off the couch and starting rapid-fire shit-talking him. This went on for like 15 minutes. Best 15 minutes of the month!

If there really is a Heaven and Hell, I am definitely going to the later. 😅😭🙌

Anyway, I completely finished and compiled Knocking Up The MILF and the outline of The Siren’s Song, then had a brief conversation with the narrator of The Qedesha’s Handmaiden. She apparently really likes the story. Which is extremely flattering.  Overall, it was a productive day, which is a good thing, because tomorrow and the day after I’m going to be running errands with Anne and won’t have much of a chance to write. I will be taking notes, however, so when I do sit down Friday and start cranking out verbiage again, it’s going down like a one-legged fat chick in a kickboxing competition.

Until tomorrow, my loves.

“If I had my way, I would have sex, drugs, and rock ‘n’ roll at least 4-6 hours a day. So long as there are going to be things in the way of that, we’re going to have a revolution.”