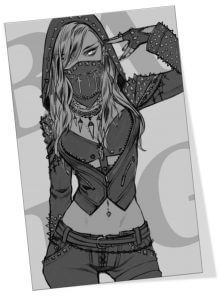 So, I did three things of interest today, and not much else:

So, there you go. My day in a nutshell. Well, most of it: I have some secret things going on that you won’t find out about until the near future, so we’ll just shelf those things for now and not talk about them.

A full-grown female blue whale has a clitoris three feet in length.

FacebookTwitterPinterestRedditEmailWhatsAppSMS
Posted in Diary and tagged Crystal Castles, ratchet, Voyeur
← Bleeding onto the keyboardPushing through it →