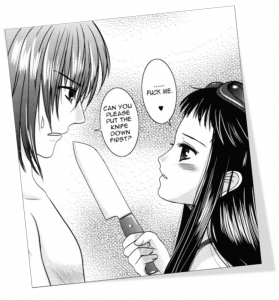 So, I learned four valuable lessons today, and one of them actually means something.

Lesson 1: Do not, ever, fill your oil diffuser with mouthwash and turn it on. Seriously. 😳

Lesson 2: Yes, you can actually have an entire meaningful conversation with animated GIFs. This one was learned thanks to my bestie during lunch.

Lesson 4: And this is the one that actually means something. Patience pays off. See, a while ago a woman wrote me about writing a book based on a dark portion of her life. She’s a victim of sexual abuse and domestic violence, and for some reason, she picked me to tell her story. Or, at least, I thought. She wrote me, I wrote back, and then – nothing. For weeks. And then I received an email with her address, phone number, and other various personal information. We talked on the phone for a while, and she definitely wants me to do the story, but she wants to tell it to me face-to-face. So, I’m flying out to Ohio to do exactly that on Monday. I should be back Wednesday night, though I’ll still keep up my socializing and Diary entries, don’t you worry. I’ll also be writing her story under a pen name, because it just seems wrong somehow to write a story about sexual and domestic abuse under mine.

So, there you have it. The four lessons I learned today. Life can be really educational when it wants to be, can’t it?

Penguins only orgasm once a year.