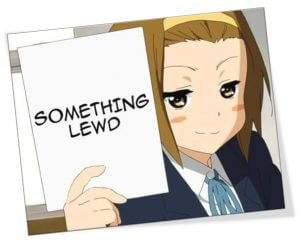 For those of you who came here to read this based on the title alone: you got clickbaited, motherfucker. 😅 The pussy I’m talking about is my new friend’s cat, which is hu-fucking-mongous! I mean, I can damn near ride this cat! Remember He-Man’s mount, Battle Cat? Has to be a relative or something. When I first walked into her house and saw this thing turn the corner, I swear I thought it was a small dog. 😳

Anyway, obviously I can’t get into too much detail on how my day was spent, but I can say it was pleasant. The flight was short (about two and a half hours), pleasant (no one was sitting beside me), and productive (I drafted out a good chunk of Voyeur: Season 2, Episode 2 on my tablet). Also a bit hazy, because I couldn’t sleep a wink last night. I was too excited. The sleep deprivation didn’t really hit me until a few hours ago though because I’ve been so hyped up and on-edge.

Turns out I didn’t have a reason to be. Luckily.

Tomorrow we’re getting into her story in earnest; today she showed me around some of the places nearby. We even went out to eat at this cozy little restaurant that I am completely in love with. My brother would love it. The burgers there are huge.

And this woman… she is so sweet, and so obviously damaged. When you’ve been through things yourself, you can see similar traits in others. Pain recognizes pain, you know? Oh, and just a heads up: don’t expect a ton of social media interactions from me tomorrow, as most of the day will be dedicated to her. There will still be a Diary entry at the end of the day, of course, and I’ll tell you guys what I can, but other than that, I’m promising nothing.

I miss you guys (Including you, Anne! You better not be cheating on me ho!), and please keep me in your thoughts.

You are always in mine.

Thailand performs the largest number of sexual reassignment surgeries in the world, mostly on foreigners. However, the country with the second most sex change operations, and the highest number to do so on its own citizens, is Iran.