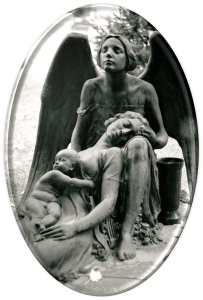 So a while ago I sent out a post (https://www.patreon.com/posts/dark-jubilee-is-24837836) with a creepy picture stating that the Dark Jubilee is coming. And that’s it. People apparently noticed, because shortly after I was flooded with questions, all of which I intentionally ignored. I wasn’t trying to be mean, of course, I just think that some things are more interesting when seasoned with mystery. I also wasn’t quite ready to release any information on it, and I figured when I was, I would post and reveal all.

And I’m about to reveal all.

The Dark Jubilee is an experiment in creative writing, based on something interesting I found on the internet about flash fiction. See, for a while now I’ve been toying with the idea of posting something on Wattpad, but I wanted my first contribution to be something short and sweet. Something to basically get my feet wet and see how the platform works. Numerous people suggested I pursue flash fiction, but I wasn’t exactly sure what that meant. So I googled it. I found an interesting little breakdown with several different types, and my mind immediately went into overdrive:

During my downtime from revising Nephilim: Prisoner I’ve been doing just that. But it’s been hard. And challenging. Short stories are hard, yo! To do them right, to tell a good short story, you have to cram a lot of information into a little space. You only have so much to work with, and you have to not only make the reader understand everything, but feel something too.

Unfortunately, I decided against putting it on Wattpad. Instead, I’ll be putting it on Patreon as a gift to everyone in my Voyeur Tier ($5/Month) and up, because they thoroughly deserve it. It will be an ongoing series containing a lot of stories about a plethora of topics, and one day in the far future I will end up compiling them all into one big book and selling it on Amazon. But that’s a long way in the future.

I think Anne’s more excited about this than I am – she’s drafting out story concepts left and right that she wants me to include in the collection. 😅 She’s priceless, and her creativity and exuberance for life in general is refreshing. Everyone needs an Anne in their life. But you can’t have mine, motherfuckers!

Anyway, so there you have it.

I can’t wait to share it with you guys…

💡 Infertility Is Far More Common Than You May Think 💡

Infertility can be devastating, but research suggests it’s far more common than you may think. For example, a study published earlier this year found that infertility impacts one in eight women, and the Centers for Disease Control and Prevention found that about six percent of married women aged 15 to 44 are still unable to get pregnant after a year of unprotected sex, and about 12 percent of women have difficulty carrying a pregnancy to full term.