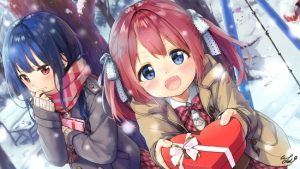 I don’t know what it is, but ever since I was a teenager I’ve always managed to be single on Valentine’s Day. Not that this bothers me as an adult or anything, it’s just interesting. I mean, I go in and out of relationships throughout the year with regularity (most don’t even manage to get to the sex stage – I’m very picky) but when Valentine’s Day starts getting close… Sahara. Desert. Nothing. Nada.

Which is why my plans for February 14 tend to be non-existent. My usual plans are: writing, reading, and waiting for my big brother unit to get home from whatever girlfriend he happens to have at the time so I can see how much of a nuisance I can be to him. That’s pretty much it. Dull. Unexciting. Mind numbing.

This Valentines Day was a bit different.

My plan for the day was to write for a while, binge on a handful of horror movies on Netflix (cause fuck the Valentine’s Spirit), and then maybe blackmail my brother into taking me to a movie and/or out to eat whenever he managed to slither home. Well, as Arthur C. Clarke wrote in 2010: Odyssey Two, “All human plans [are] subject to ruthless revision by Nature, or Fate, or whatever one preferred to call the powers behind the Universe.”

My big brother unit totally flipped my script. He started out by doing something I’d never seen him do before: he actually ditched his girlfriend* to spend the day with me. (😳) He busted in my room at a rather ungodly hour even for me (5AM!) and carried me kicking and screaming to the kitchen, where he planted me on a chair and proceeded to make me a huge breakfast. Then, when I was finished, he tucked me into the couch and washed the dishes (😳) and then joined me to binge-watch a few episodes of American Horror Story on Netflix. (😳) I was already in awe at the amount of thought and effort he put behind the day thus far, and if the day would have ended right there, I would have been perfectly happy.

But he wasn’t done.

Later in the day he made me dress up and took me out to eat at The Cheesecake Factory (😳), then to a movie (What Men Want is fucking hilarious!), and then, to top everything off, after I got out of the shower he tucked me into the couch again and settled in next to me. He then reached under the cushion and gave me a gift I had no clue he bought (which is strange, because I hack his Amazon account on the regular to see what he’s up to): a brand-new Kindle Paperwhite! (😳) I fucking love it. If you don’t have one yet, you really should. Amazon even has it so you can make monthly payments on it!

I spent the rest of the night cuddled into him while he watched television, setting up/hacking the shit out of my Kindle.

It was hands down the best Valentine’s Day I have ever had. Why can’t more men – hell, any man – be like him?! 😭

Anyway, there you have it: My Valentine’s Day. It fucking rocked. 🤘 Hopefully, yours did too!

* He didn’t really ditch her as I thought, I found out later: they celebrated Valentine’s Day on the 13th at my brother’s insistence, because he knew mine always sucked. He wanted to make this one different, memorable. He definitely did that!

Head’s up: as an Amazon Associate I earn from qualifying purchases whenever you click a link that takes you to Amazons website (like the Kindle Paperwhite link above). It’s called side-hustle, suckas! 😅