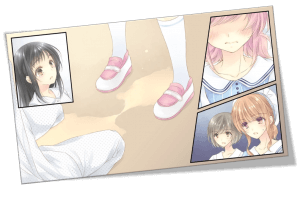 So there I was: sitting on the public transit train, rocking my new Knuckles hat (thank you, John!), my feet propped up on the seat in front of me, being my typical little ole’ innocent self. Anne was chilling a few feet away in her wheelchair, jamming to her music, glaring at me occasionally because she thinks I’m the one text-bombing her pictures of horse penises. 😲

The train seemed to be moving extra slow. We were on our way to a doctor’s appointment to get her left foot checked out yet again, something that’s become a bit of a hobby lately.

And then this guy gets on. He stumbled through the door, obviously homeless, his odor pungent and clothing filthy. He plopped down in a seat a few feet away from me, and almost immediately several people covered their noses and moved away.

Now, if you know me at all, you know that I have nothing against homeless people. Not only do I have several homeless friends, but for one long stretch of my life I was homeless myself, so I understand. Of course, atrocious hygiene and filthy clothes are not synonymous with homelessness – there are a plethora of institutions that deal with both daily that most homeless know about – so those attributes in this day and age are more or less a choice, not a given. So next time you encounter a homeless person asking for money for food, call bullshit – there are plenty of places that provide free food to the homeless that are easily accessible. I speak from experience. Trust me.

I know a lot of the homeless in the area where Anne lives, but I didn’t know this guy, and to his credit, he didn’t bother anyone – he just sat down and promptly passed out.

And then peed himself.

You should have seen the reaction of the people on that train. You would have thought someone was shooting in that motherfucker. Childish as fuck. Someone apparently called the police, because at the next stop they rushed in there like they were the SWAT team and a drug deal going on. They yelled at the guy to get off the train, but he was apparently really out of it so didn’t respond. They shouted louder, and he groggily acknowledged them but refused to budge. It got ugly. Some of the people started laughing and snickering, which prompted me (being the social, polite person that you all know me to be) to yell out “What the fuck is wrong with you people?!” That got me a few ugly stares. But they stopped laughing.

The police finally managed to get this guy off the train (coincidentally, at the stop Anne and I got off at), and I stood and watched with my cell phone in hand, not trusting that this wasn’t going to turn ugly. Interestingly enough they were extremely polite to the guy. I say interestingly enough because I’ve seen several interactions with the police and the homeless in this area, and most of them did not end well for the homeless. They were either beaten, taken to jail, or both. Very rarely did one end peacefully, which is sad, because I know cops personally and they are not all bad people. The ones that tend to deal with the homeless, however…

Regardless I couldn’t just stand there all day, so Anne and I left for her appointment. For some reason though, that situation stuck in my mind all day, so much so that I barely got any work done while we were at the doctor. See, usually, I whip out my phone or tablet and do all manner of author-related things, but not today – my mind just wouldn’t let go of it all.

I guess seeing that man in that state reminded me of how I used to be, of where I came from, and how far I’ve come since then. My past isn’t pretty. If you’re a member of my Patreon, you know what I mean, but for the rest of you – if you knew half the things I’ve done or been through, most of you would probably see me very differently. But I’ve evolved, overcome, and even though I still have a long way to go, I know I’ve come a hell of a long way from where I started.

Sometimes it’s nice to be reminded of that, especially when things get rough and you start doubting yourself because of childish and lifelong issues of insecurity. 😊

On the business side of things, I’ve finally placed the July 1, 2019 preorder for Quickies: Cumpilation Volume 3, and the paperback version (which I just completed and am waiting to be approved) should be available soon. As well as the audiobook. I’ll keep you guys posted.

Also: thank you for everyone that voted on my recent Twitter poll (https://twitter.com/AlexaNichols69/status/1114567930983927808) about innocently talking smack to Anne and her giving me two options for punishment… 😉

Anyway, thank you for reading.

The way your brain is wired might influence the number of sexual partners you have. Those whose brains showed more activity when shown a sexual image tended to have had the most sexual partners. Sexual motivation varies from individual to individual.