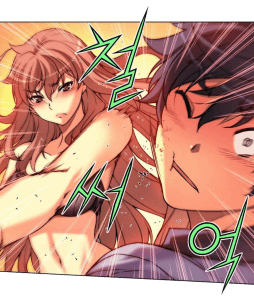 So I almost slapped the shit out of my boyfriend today. You may be wondering why. Then again, if you actually know me, you probably aren’t. For those of you that are wondering, the reason is simple: I sent my man a nood while he was at work. (Shocking, I know) To, you know, get his attention and to remind him of why he was coming over tonight. It was, I thought, a reasonably sexy and provocative picture. I awaited his response, which I assumed was going to be something along the lines of I can’t wait. I mean, isn’t that what most guys would respond with? Right?

Do you know what this motherfucker wrote?

Now let that sink in for a moment.

After the red faded from my vision, I sent another text asking how many other girls were out there sending him noods and what their names and addresses were so I could start beating some ass checklist style. And then I asked if there were so many bitches sending him noods that he could no longer tell them apart or something. I went on for a bit, each text more hostile than the previous until he finally stopped me mid-fume and called me.

Apparently, he was trying to say the picture didn’t look like me.

Aside from almost murdering my beau, I’ve been relatively productive. I placed Quickies: Cumpilation 3 up for July 1, 2019 preorder (if you’re impatient you can get the paperback now). I also published a new part of the Exitium Mundi story on Wattpad and Patreon, a story that I’m about halfway finished with. Online there are only a few parts posted, but on my hard drive, it sits at a little over 27,000 words. I’m trying to stay ahead of the weekly posting thing. I think I’m rocking it so far. 🤘 That being said, this whole weekly posting story thing is an interesting experiment, but I don’t think I’ll do it again. When all this is finished, I plan on releasing the books on Amazon and then compiling them, but that will be far in the future. Probably next year while I’m on vacation. I dunno.

Oh, in case you guys didn’t know, I’ve been trying to be active on Goodreads more lately, posting progress on the books I read and reviewing the books I finish. In case you’re interested in that sort of thing.

Anyway, time to immerse myself in some Skyrim. Or maybe Resident Evil 4…

“The success of the suffrage movement would injure women spiritually and intellectually, for they would be assuming a burden though they knew themselves unable to bear it. It is the sediment, not the wave, of a sex. It is the antithesis of that highest and sweetest mystery – conviction by submission, and conquest by sacrifice.”

FacebookTwitterPinterestRedditEmailWhatsAppSMS
Posted in Diary
← Peeing in public…Lists, making my boyfriend come baby powder, and being an unknown on social media… →