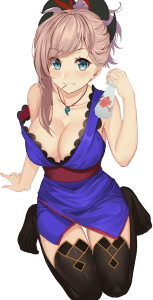 Recently Anne and I (because I can’t do shit by myself apparently 😁😭) decided enough was enough and set about to make some serious life changes. We brainstormed all the things that were hindering us and resolved to eventually stop each one. We knew better than to try and do this all at once, of course, but still – we wanted a roadmap, a battleplan. I recorded each of the things we came up with, and since this is my Diary, I’m listing them here. Here’s the list (so far):

It’s a pretty serious list. For me, at least. For those of you who are wondering why I included sex, well… I’m kind of obsessed with it. Like, I think about it constantly, and my lover is basically to the point where he’s shooting out baby powder when he comes. Sex is great and all, but I seem to want it all the time, and, well, that isn’t healthy. Especially when I have other responsibilities that could better use that time.

So, I decided it was time to not stop it or anything (I would spontaneously combust after day two) but to put a lid on it, let the urges build (for both of us), and then explode in a firestorm of passion and sensuality.

My lovers down with it. Not that he has a choice or anything. 😂

Now about the no more alcohol part… this is the next hardest thing to stay diligent about. I can drink in moderation and everything, but honestly, I found myself wanting to drink all the time – so I figured it was time to go. Unfortunately, it seems like every movie we watch or every book I read has all kinds of alcoholism in it, so I feel like I’m going to swan dive off the wagon at any given moment. So, I decided to seclude my drinking to the occasional weekend, and my mind immediately started to rebel: But the weekend is only two days a week! And there are seven days in a week! That’s too short a time! At one point my brain was all like: Alcohol isn’t even all that bad! It’s basically a vegetable juice like V8! It comes from vegetables, right?! 🙄 Thoughts like these made me think: was I truly an alcoholic? I mean, I usually only drank during the weekends, and even then, it was limited to a few beers, but sometimes I’d throw in some midweek drinks and even the occasional Monday inebriation. Yeah, OK, maybe I was an alcoholic. So now I’m limiting myself to the weekends, regardless of what my brain says…

Now the fast food (which was getting ridiculously expensive) and the junk food (which was destroying my workouts) was easy in comparison and took almost no mental power to justify. My brain didn’t even try to fight on those two. It was all like: OK, yeah, we’ll give you those. They need to go.

My boyfriend unit is being mysteriously quite about the whole alcohol thing. When I ask him his opinion, he’s all like if that’s what you want to do. When I try and push him for a more straightforward answer, he changes the subject. Why do you motherfuckers do that, anyway? Wouldn’t be so much easier (and require far less energy) to simply talk to us??

Speaking of the boyfriend unit – he introduced me to something heavenly a few days ago: Hamburger Helper Spaghetti! This… this stuff here… is so amazing. I took my first bite, and I swear I came a little. So good. All he added was a little sharp cheddar cheese. The funny thing is, I don’t even like spaghetti that much – unlike Anne, who practically masturbates to it – so when he told me what he was going to make I immediately gave him the look. Because he knows I don’t like spaghetti, and he had the audacity to choose it on his day to cook.

Lately I’ve been really active on social media, which is kind of a rare thing for me – it dawned on me as I started getting random messages from longtime readers saying things like “I didn’t know you were on insert random social media network here!” or “How long have you been on…?!” that maybe I haven’t advertised my other social media networks that well. So. Here they be:

Pick your favorite and link me!

Oh, and before I go, if you are into Twitch, like RPG games, and have feels for the LGBTQ community, please check out my friends at ColorGuards – and tell them Alexa Nichols sent you. I might get stock options or something. 😜 Thanks. I appreciate it.

“Because there are now online databases of federally funded research, and these databases are searchable by keyword, sex researchers have to be careful how they title their projects. It’s become a simple matter, for those who are so inclined, to find and target researchers whose work they object to on religious grounds.”