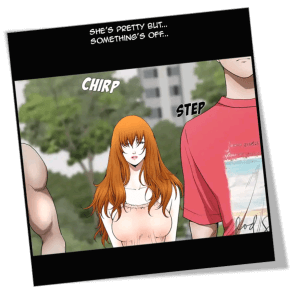 A long time ago (December 15, 2018, to be exact) I posted an article to Patreon titled “Yes, I am damaged. Let me count the ways…” It was a deeply introspective piece about why I am so self-destructive with not only myself but my relationships as well. I didn’t write it to get attention (or help), I just needed to vent a bit and detour some people who really wanted to get closer to me than was wise. I figured if I warned them and showed them what they were in for, it would detour them a bit. It didn’t work, of course. Here’s a small excerpt from that article to give you an idea of what was written:

“I am a little bundle of contradiction, and I know it. I tend to drive the people closest to me insane, and only a handful are strong enough to stay the course and stay in my life anyway. Maybe one day I’ll find the person who can fix me, because I know in my heart that I am beyond the point of being able to fix myself…”

So yeah. Still true. All of it. Me in a nutshell. I know this is probably not the Alexa most of you are used to seeing – that Alexa is outgoing, warm, flirtatious, and a bit of a firecracker. And I am. All of those things. But there’s also another side of me, a darker side, which I try to cram deep within myself but that still tends to creep out in my stories and towards those unfortunate, unlucky bastards who really get to know me on a personal level.

Like my boyfriend, who some of you affectionately refer to as Dante.

He got to know me very well last night, and I don’t just mean in the carnal sense.

It started out innocently enough. We were joking about – you know what, to be honest, I can’t even remember exactly what we were joking about – inane, goofy stuff, basically. I was getting ready to come to bed, running around my place packing and generally just getting everything prepared to traverse to Anne’s in the morning (I have a package being delivered there) and, somehow, our playing turned into arguing. Which turned into a full-blown five-foot 100-pound bundle of fury in his face yelling at him, doing my best to destroy him mentally.

And I did. I actually brought him to tears.

I’m not proud of this. In fact, I’ve been struggling through the day trying to think about everything else – anything else – but have failed miserably. I would have rather he yelled back, stormed out, anything, except cry. And it was so strange to watch, because the only real male figure in my life is my big brother unit, and that dude never cries. Over anything. I love him so much, but there’s something deeply psychologically wrong with him to be that way.

Anyway, seeing Dante break down like that broke me down too. My anger quickly drained, and the words I spat at him began replaying in my mind. I was shocked at the level of hostility, hatred, and disrespect that I spewed towards him. I was also stunned at how naturally it all came out, how fluidly and quickly it slipped from my lips.

I am ashamed of myself. And I have no idea how to fix what I’m sure I’ve broken. I mean, I basically prostrated myself for forgiveness, and we had a long, deep discussion. He assured me that everything was OK, that things are always said out of anger that we don’t mean. I tried to be reassured by his words, but in the back of my mind, I couldn’t stop asking myself if what he was saying was true. Isn’t anger (and alcohol, for that matter) a gateway to Truth?

Long story short, we made up. We even made love. But things feel different now… a bit more artificial. I hate it. I want things to go back to the way they were, the way they should be, but I have no idea how to make that happen.

Which is why I’m writing this entry – hell, why I started a Diary to begin with – to kind of rid myself of some of the emotional toxicity that seems to bubble within me. And it’s working. Sort of. I already feel better. A bit.

But this still doesn’t change who I am, and I still have no idea how to fix whatever it is that is making me act this way towards the people that I care about the most. Much like Trump vowing to cure cancer and eradicate AIDS if he gets re-elected (🙄), me being anything even resembling normal when it comes to relationships just seems like an impossibility to me.

My big brother unit says my passion, my tumultuousness, is what makes me a good writer, and he wouldn’t want me to be any other way, but… even if he’s right, is the cost worth it?

I dunno. I wish that bald over muscled ape-like [email protected]&*er was here now and not a city away. I really needs me some J.C. hugs right about now. I apparently have a lot to think about tonight. Poor Anne. She may need therapy herself come morning. 😅

Thank you for listening…

Marie de Medici, a member of that famous Italian family and a 17th-century queen of France, had expensive tastes in clothes. One special dress was outfitted with 39,000 tiny pearls and 3,000 diamonds and cost the equivalent of twenty million dollars at the time it was made in 1606. She wore it once.