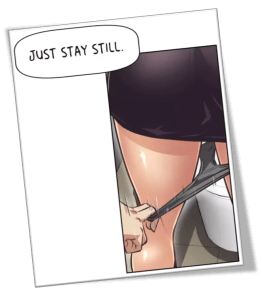 The theme of these past few days has been fighting with Amazon. Now, don’t get me wrong, I love me some Amazon, I really do, but sometimes they tend to get their wires crossed, and I just want to slap them. Everyone at the company. All at once. With extreme prejudice. Sometimes small things can take so long to get fixed it’s just infuriating, like how they apparently gave one of my books away for free – even though it wasn’t on sale or signed up for any type of promotion.

So, naturally, I reached out and asked them about the strange entries on my sales records. They wrote back quickly (for Amazon) and informed me that it was indeed an error on their part and that they fixed the free status of the book and they were very sorry.

I wrote them back, asking about the copies that were given away – would I be reimbursed for these? Their response was no. Since the customer didn’t pay for them, they couldn’t pay me, and they then proceeded to thank me for my understanding. Yeah, I didn’t understand. I wrote back.

I told them this was bull, and I expected better of them, and then basically started quoting Rihanna’s song “Bitch better have my money.” I received another apology letter where I was told they were sorry, but there is no money to give me since they weren’t paid for the freely given copies.

Guess what I did? I wrote them yet again. I asked for a supervisor. Once I got one, I explained the situation and started quoting Rihanna again, and in the end, they sent me the money I would have normally made from the sales.

I swear, for a while there I started feeling like 50 Cent. 😅

This wasn’t to be the last of my head-butting with Amazon, however. See, I didn’t know it at the time, but the paperback version of Naughty Professor was placed in incomplete status, which I only found out by randomly perusing through my catalog. Apparently, the problem was some minor imperfections with the cover, so I quickly corrected and resubmitted it.

Or so I thought.

To make a long story short, over the past few days we’ve been going back and forth with this damn cover, and I’ve been making tiny correction after tiny correction… of course, this might be because I’ve recently quit using their online cover creator and instead started making fancier, more aesthetically pleasing ones using GIMP. I’ve gotten pretty good at it, however, and my previous covers went through without a problem, so…

Oh yeah! I recently published the latest entry in my Writing 101 class: Part 6: The Jim Hat (aka, Wrapping It All Up; aka, The Final Version). If you haven’t checked it out, do so!

Now back to my Exitium Mundi series!

Studies show that your body temperature increases during sexual arousal, which explains why your face and chest might become red while having sex. The increased heart rate and blood flow create a sex flush that appears as a red or pinkish rash that subsides shortly after you’re finished having sex.