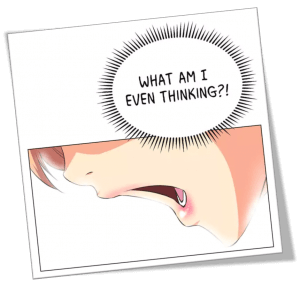 So, I was over at Anne’s place (as I usually am) and went to go take out some trash (cause apparently slave). The second I stepped out the door this tiny black kitten bounded up to me out of nowhere and started rubbing against my legs. It was so tiny, y’all! I mean, like, tiny tiny. It was only a little bigger than my smartphone! It was even tinier than me! 😅 I wanted so badly to make it mine, or to at least feed it and take care of it for a while, but I knew if I did, I would end up taking it home and keeping it forever and my big brother unit would then calmly proceed to kill me.

It broke my heart to close the door on such a small, defenseless little thing. I hated it. It was all I could think about for the rest of the day. Life is so unfair sometimes!

I’ve had this problem with animals my entire life. I’ve brought so many animals home from the streets that it drove my big brother insane when we were growing up. Cats, dogs, pigeons (seriously), bugs of all types, small children (again, seriously), and so many others. I guess I just have a soft spot for animals. And midgets. I love me some midgets…

Writing all that kind of reminds me of a conversation I was having with a friend of mine the other day, which I ended up sharing because it was interesting. It was about animal intelligence and language.

Think about it: animals are not that different than we are. They have their own language, societal rituals, and relationship hierarchies. A lot of people say animals don’t have languages, that they just make sounds, but language is, in its purest and most base form, simply sound recognition/interpretation – just as the written word is merely shape recognition/interpretation. All us earth-based creatures share the same propensities, so we really aren’t that different from one another.

Humans have a strange habit of disliking/hating something depending on how different it is than them. The more similar a creature/species is, the more it is trusted and liked. Which is why creatures like spiders and roaches are an anathema to most people: they are drastically different than us.

People fear what they don’t understand, and hate what they can’t conquer, ya know? A companion quote to that would be that both fear and hatred are birthed from ignorance; it is impossible to hate something you truly understand…

I’m excited! I finally finished the rough draft and red revision for the fifth book (Mike) in the Exitium Mundi series! I would have finished several weeks ago, but I kept coming up with tidbits to add that really fleshed out the story. I’m glad I did. The story is much better now than it was when I first outlined it.

Now all that’s left is the revision process. For those of you that don’t know my writing style (which means you’re probably not a member of my Patreon – what is wrong with you?! 😭), I always start by outlining a story, revising the outline, and then writing out the rough draft. After the rough draft, I put it through three stages of revisions, which I label red, yellow, and green.

After the green revision, I slam it through some grammar checks and punctuation corrections and then lob it at my Alpha Reader.

When my Alpha Reader is done giving me her two cents, I sling it over to my Better Reader Hit Squad.

When they’re done, I send it over to my editor and wait in absolute terror for her to get it back to me.

When she’s done, I go over everything, make sure I’m happy with how everything turned out, and start going about finalizing the book. As far as Mike goes, Friday I’ll be starting the yellow revision process. My revisions go fairly fast unless I have a slew of things to add – which I really don’t anymore.

I can’t wait for Friday…

Anyway, I think it’s time to start campaigning for another pet.

“To me, it’s not the end of the world if I end up not being with someone. I love romance. I love sex. I love men’s company, but I don’t feel I have to be married. Men are a wonderful part of life, like chocolate. But my life goes on whether they’re there or not.”

FacebookTwitterPinterestRedditEmailWhatsAppSMS
Posted in Diary
← Bitch better have my money…Shootings, PTSD, and remembering why… →