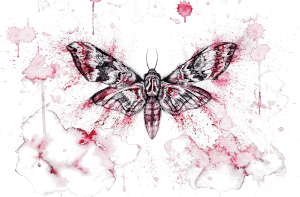 Anne and I were once again braving public transit to run some errands (because unfortunately, not everything can be done online. Yet.) and stepped onto a train where this young woman was sitting in her seat, slamming her fist against the window and yelling something about rapists. Everyone on the train seemed to be messing with her, and as we sat down, she seemed to get even more riled up. She became frantic, increasingly manic, and loud.

She even turned to me at one point and called me a rapist.

I can honestly say that is the first time anyone has ever done that.

Everyone was laughing at her, making fun of her, and trying to spook her even more than she obviously already was, but me? I was intrigued.

Now, seeing someone yelling and acting bizarrely in downtown Dallas is not exactly a shocking sight (in fact, it would be alarming if I didn’t see it at least once when I went out), but this woman didn’t look the type. She had sharp, lucid eyes, was well dressed, clean, and didn’t appear homeless. She was also speaking clearly, enunciating perfectly, and her energy level was beyond what your average street-yeller has.

So I studied her.

Why, you may ask?

Since I was a little girl, the mind has always fascinated me. I kind of mentioned that in my last entry, but let me expound a bit. First of all, when I say mind, I don’t just mean the human mind – I mean a brain in general. It’s an amazing device. But that’s a whole other conversation. Actually, one of the characters in Voyeur’s season 2, episode 4 (which I just finished a few days ago) sums it up perfectly:

“You see, my dear, before I became the Elder, I was deeply into psychology – and theology as well. The minds of people fascinated me; I suppose you could say they still do. A brain is an amazing machine. It alone controls the entire body, while at the same time being sustained by it. It is a remarkable symbiotic relationship, wouldn’t you say?”

I became so fascinated with psychology because the behaviors of others rarely made sense to me. People seem mercurial, going from one emotion to the next within minutes: much faster than I. Why? I wanted to understand. I wanted to know the reasons behind the things people do. I made a career out of it, and when it was all said and done I found myself closer to an understanding, but farther from actual comprehension. People are too unique, and there are simply too many variables. Formulating a realistic hypothesis is almost an impossibility.

I guess what I’m trying to say is people are complex, and truly understanding them is difficult – no matter how well you think you know them.

This brings me back to this woman.

I tried talking to her, asking her if she was OK, if she maybe needed help, but she seemed more alarmed than comprehensive. And then the doors opened at the next stop and she practically ran off, and that was the last I saw of her.

And I was left wondering what caused her to act that way.

Story of my life. People do things all the time that seem nonsensical, and even though I’m often curious, I can’t simply ask them why they do what they do. Ultimately it doesn’t truly matter, and even though I logically understand this, it still drives me insane. 😄

I suppose that’s why writing has such a hold on me. I can create people, and I understand exactly why they think the way they do, why they do what they do. Their motivations and actions make sense – even if to most readers they might not initially understand.

“I think happiness is what makes you pretty. Period. Happy people are beautiful. They become like a mirror and they reflect that happiness.”

FacebookTwitterPinterestRedditEmailWhatsAppSMS
Posted in Diary
← How Star Wars made me an authorI quit. →