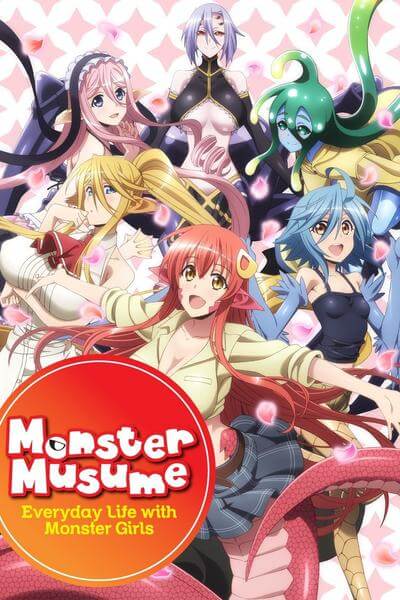 Kurusu Kimihito is an ordinary guy with a monster-sized problem: Miia, the monster girl! Part snake and all woman, Miia is affectionate and not afraid to show it, and she’s Kimihito’s full-time responsibility thanks to a certain government exchange program. But just when it seems like Kimihito’s hands can’t get any fuller, monster women of all species begin to invade his home! 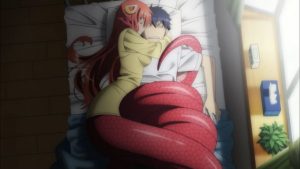 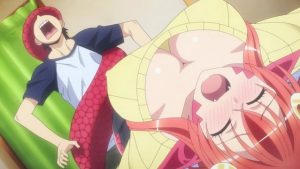 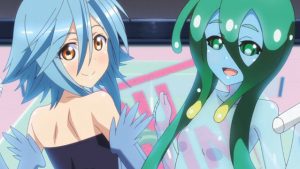 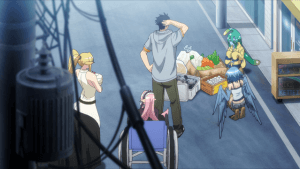 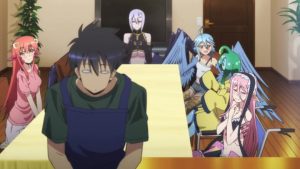 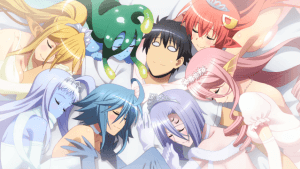 I really couldn’t tell you exactly why I’m addicted to this anime. I mean, the artwork is beautiful, yes, and the storyline (more or less) makes sense, but… I also like the harem/romantic aspect of it, and the little ecchi moments as well… None of these things are why I love this, though. Pausing to think about it, I honestly think the reason I like it so much is a lot simpler: it’s unique.

Yeah, I think that may be it. I’ve yet to see an anime quite like this. It has so much going for it. At first glance, you may think this is simply an anime about big boobs and perverted monster girls, but you would be wrong – mostly. It is about those things, of course, but it’s about much more than that. Packed within these short episodes is plenty of feels, humor, good writing, and (occasionally) serious tones. And the characters themselves… they are truly unique. And I don’t just mean in the way they look. Their personalities, goals, and worldview are vastly different and even understandable, and – something that pleasantly surprised me – they aren’t just trying to get down the lead character’s pants!

Speaking of the main character (Kurusu): I like him. A lot. He’s not your typical stupid, gullible guy whose nose can’t seem to stop bleeding, and he doesn’t walk around with a perpetual hard-on or perverted thought process. He seems like a genuine, honest dude that just wants the best for the girls in his care. Now, he definitely has some perverted situations thrown at him, and most of those are fun and deliciously kinky, but this anime is about far more than that.

Watch it yourself and see. You’ll soon understand what I mean.

There are only two reasons I didn’t rate this five stars: one being the annoying social worker who seems to be little more than an annoying comedic relief (albeit a bad one) and the other being the strange, fluid, nonsensical, and vague rules of the Interspecies Cultural Exchange program. I get the feeling the program wasn’t really thought out, that it was kind of just tacked on to give an excuse as to why all these girls would be living with this dude. Still, I thoroughly enjoyed this series, and I can’t wait to watch its spinoffs! 🙌

You can watch it on Hulu (subscription required) or Crunchyroll (absolutely free).