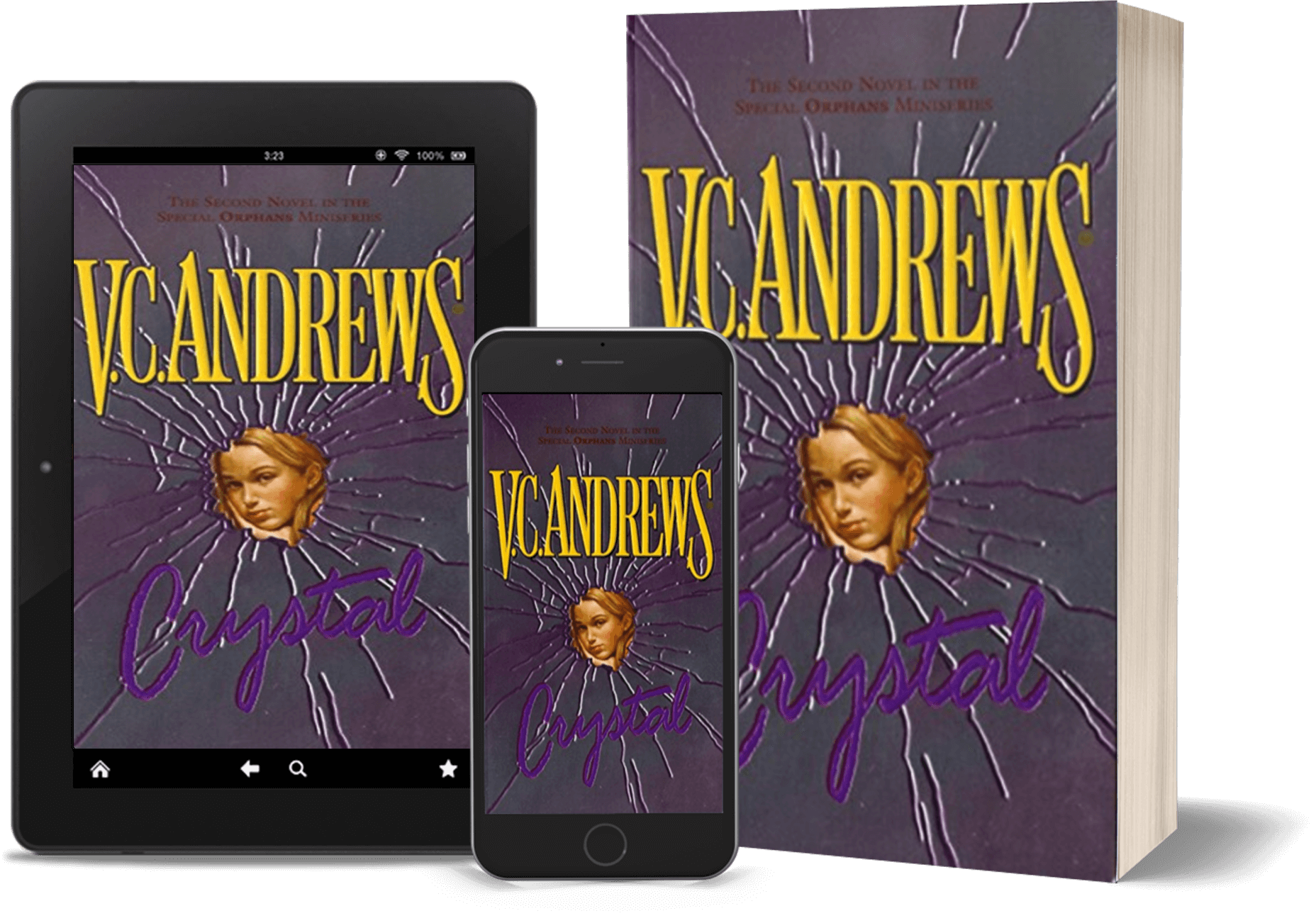 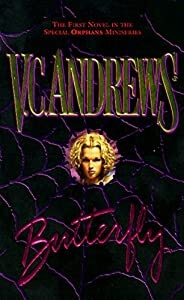 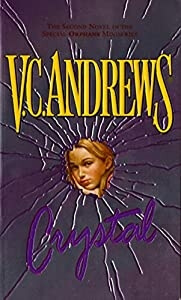 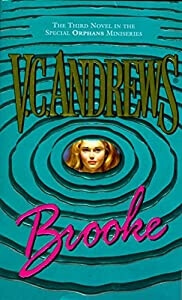 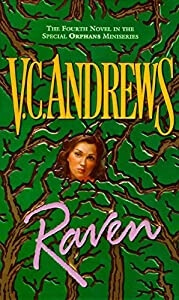 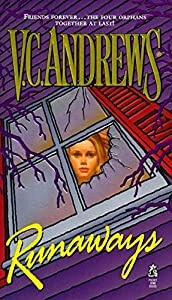 ALL SHE WANTED WAS A FAMILY SHE COULD CALL HER OWN….

As an orphan girl, Crystal was one of many — and utterly alone. But she still dreamed of a shining life of love and happiness, and freedom from the dark legacy of her past…

When the Morrises choose Crystal, she is full of optimism – at last she has a home to call her own. Karl Morris is proud of her being a good student. Thelma makes her feel truly wanted. But Crystal will soon discover that sadness is banished, and that means no one is prepared when tragedy comes.

It seemed like a nub of a story to me, like someone took a full-length novel and chopped out everything but the bare necessities.

It was an interesting story psychologically, though I do wish some elements were touched on a bit more. But that’s my inner psychology nerd coming out.

Wanna snag a copy? You can do so here.

Going home with the Morrises was like taking a guided tour of their lives on a sightseeing bus. They drove a moderately priced sedan chosen, Karl said, for its gas efficiency and for its high rating in Consumer Reports.

“Karl makes the decisions about everything we buy,” Thelma explained with a light laugh that punctuated most of what she said. “He says an informed consumer is a protected consumer. You can’t believe in advertisements. Advertisements, especially commercials, are just full of a lot of misinformation, right, Karl?”

I sat in the rear, and Thelma remained turned on an angle so she could talk to me all the way to their home — my new home — in Wappingers Falls, New York.

“Karl and I were childhood sweethearts. Did I tell you that?”

She continued before I could tell her she had.

“We started to go together in the tenth grade, and when Karl went to college, I remained faithful to him, and he remained faithful to me. After he graduated and was appointed to his position at IBM, we planned our wedding. Karl helped my parents make all the arrangements, right down to the best place to go for flowers, right, Karl?”

“That’s true,” he said, nodding. He didn’t take his eyes off the road.

“Ordinarily, Karl doesn’t like to have long conversations in the car when he’s driving,” Thelma explained, gazing at him and smiling. “He says people forget how driving a car is something that requires their full attention.”

“Especially nowadays,” Karl elaborated, “with so many more cars on the road, so many more teenage drivers and older drivers. Those two age groups account for more than sixty percent of all accidents.”

“Karl has all sorts of statistics like that floating around his mind,” Thelma said proudly. “Just last week, I was thinking about replacing our gas stove with a new electric range, and Karl converted BTUs…is that it, Karl? BTUs?”

“BTUs into pennies of cost and showed me how the gas stove was more efficient. Isn’t it wonderful to have a husband like Karl who can keep you from making the wrong decisions?”

I smiled and gazed out the windows. The orphanage wasn’t much more than fifty or so miles from where my new parents lived, but I had never traveled this far north. Other than some school field trips, I hadn’t been to many places at all. Just leaving the orphanage and going twenty miles by car was an adventure.

It was late summer, and the cooler autumn winds had already begun to descend from the north. Leaves were turning rust and orange, and when I could see far into the distance and look over the heavily wooded mountains, I thought the ripple of colors was breathtakingly beautiful. This was a bright, sunny day, too. The sky was a deep, rich blue, and the clouds that flowed across it in a stream of wind stretched themselves until they became as thin as gauze. Way off to the south, an airplane turned into a silver dot and then disappeared into the clouds.

I was happy and full of hope. I would have a home, a place to call my own, and someone else to care about besides myself, as well as, I hoped, someone to care about me. How simple that was and how taken for granted by most people, but how wonderful and new and precious it was for orphans like myself.

“Karl is the oldest of three brothers and the only one married. His middle brother, Stuart, is a salesman for an air-conditioner manufacturer in Albany, and his younger rother, Gary, has graduated from a culinary institute in Poughkeepsie, where Karl’s father lives. Gary was hired to cook on a cruise ship, so we don’t hear from him or see him much at all.

“Karl and his brothers are not far apart in age, but they’re not all that close. No one is in Karl’s family, right, Karl?”

Karl nearly turned to look at her. His head started to move and then stopped when an automobile about fifty yards in front of us emerged from a driveway and he had to slow down.

“If they didn’t speak to each other on the phone occasionally, they wouldn’t know who still existed in the family and who didn’t. Karl’s father is still alive, but his mother passed away, what, two years ago, Karl?”

“A year and eleven months,” she repeated like a translator.

So I have two uncles and a grandfather on Karl’s side, I thought. Before I could ask about her side, she volunteered the information.

“I don’t have any brothers or sisters,” Thelma said. “My mother wasn’t supposed to have any children. She had breast cancer when she was only seventeen, and the doctors advised her not to have children. Then, late in life, when she was in her early thirties, she became pregnant with me. My father was forty-one at the time. Now my mother is fifty-eight and my father is sixty-nine.

“I bet you’re wondering why we don’t have any children of our own. Before you, I mean,” she added quickly.

“Oh, sure it is. Everything that’s our business is your business now. We’re going to be a family, so we have to share and be honest with each other, right, Karl?”

“Absolutely,” he said, signaling to change lanes and pass the car ahead of us.

“Karl’s sperm count is too low,” she said with a smile, as if she were delighted about it.

“I don’t know if we should talk about that, Thelma.” The back of Karl’s neck turned pink with embarrassment.

“Oh, of course we can. She’s old enough and probably knows everything there is to know. Kids today are very advanced. How can they not help it, with all that’s on television? Do you watch television much, Crystal?”

“Oh,” she said, the excitement fading in her face for the first time since we had met. Her eyes looked like tiny flashlights with weakened batteries. Then she thought of something and smiled again. “Well, that’s probably because you didn’t have much opportunity in a home with so many other children. Anyway, we did try to have children. As soon as Karl determined it was financially sensible for us, we tried, right, Karl?”

“Nothing happened no matter how we planned it. I used a thermometer to take my temperature, plotted the days on my calendar, even planned some romantic evenings,” she said, blushing. She shrugged. “Nothing happened. We just thought we were missing,” she continued. “Take better aim, I used to tell him, didn’t I, Karl?”

“Thelma, you’re embarrassing me,” he said.

“Oh, fiddledy-doo. We’re a family. We can’t be embarrassed,” she emphasized.

The simplicity and honesty with which she talked about the most intimate details of her life fascinated me.

“Anyway,” she continued, turning back to me, “Karl read up on it and learned that he should keep his scrotum cool. He avoided wearing anything tight, refrained from taking hot baths, and tried to keep himself cool, especially before we were going to make a baby. We even waited longer between times because periods of sexual restraint usually increase the volume and potency of sperm, right, Karl?”

“You don’t have to get into the nitty-gritty details, Thelma.”

“Oh, sure I do. I want Crystal to understand. I was reading a magazine the other day, Modern Parent or something like that, and the article said mothers and daughters especially should be honest and open about everything so they can build trust.

“Where was I?” she asked. “Oh, volume and potency of sperm. So, when that didn’t work, we went to a doctor. You know that the average male produces anywhere from 120 million to 600 million sperm in a single ejaculation?”

“You have trouble with so many other facts and statistics, Thelma. How come you don’t forget that one?” Karl asked gently.

“I don’t know. It’s not easy to forget, I guess,” she said, shrugging.