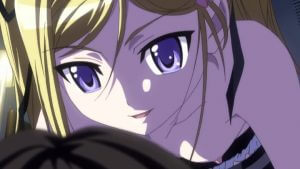 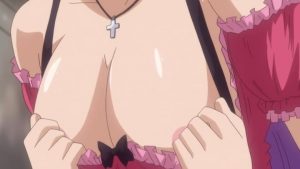 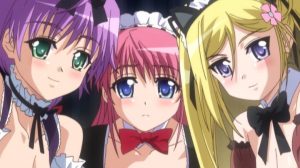 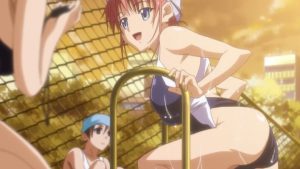 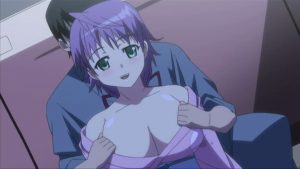 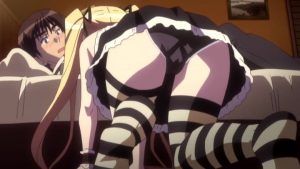 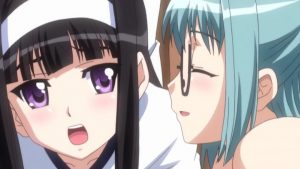 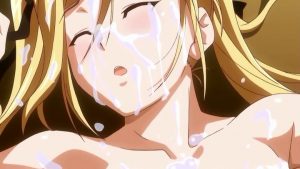 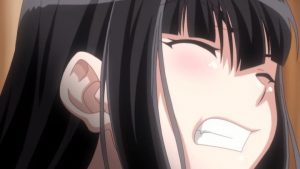 Ep. 3: MEETING AT A FESTIVAL, IN A BATH AND A HAREM PARADISE. Haruomi’s life with the three beautiful sisters remains complicated but exciting. He agrees to help the sisters with an ice cream competition. The day of the contest approaches as Haruomi helps the girls prepare for the big day in more ways than one!

Left to my own devices, I never would have watched this. In fact, when a reader sent it to me, I took one look at the cover and set it aside. It wasn’t until later that I read the ‘plot’ on the back and… again set it aside. I didn’t plan to check it out until I had absolutely nothing else of interest to do.

I ended up watching it that night.

I can’t really explain why, either. The characters just stuck to me. And the main character, Haruomi, was relatable. A lot of anime features this weird reluctant guy that shoots blood out his nose when he sees something as simple as a nipple, but this dude, this dude here, he was all about the vaginal canals. It was refreshing. He gave zero fucks (well, OK, he gave a lot of fucks), and the girls were just as bad. I laughed so hard because one minute, everyone would be just talking casually, and the next, a dick was getting sucked. Or panties went flying. It was silly, funny (especially the bloopers section of the Blu-ray), and sexy. I loved it.

The only thing I didn’t like was how he came like at least three times per girl – back-to-back – and sometimes way more. It was like he had three or four nutsacks hidden somewhere and he just escaped a 10-year stint in prison; it was ridiculously unrealistic. And when he came, it was like someone went crazy with a can of whipped cream. It went all over the place. Like seriously, this guy has a weird medical condition or something. His balls need to be examined.

And, of course, every single one of the girls he fucked was a virgin. And for some reason had zero reluctance in slapping him across the face with their v-cards. I get it, this was primarily made for men, and as a woman, I don’t have the same logic and drive that a dood does, but still. Every single girl? He had more virgins in his small town than exist in Texas!

Interested in watching it yourself? Get it from Amazon!