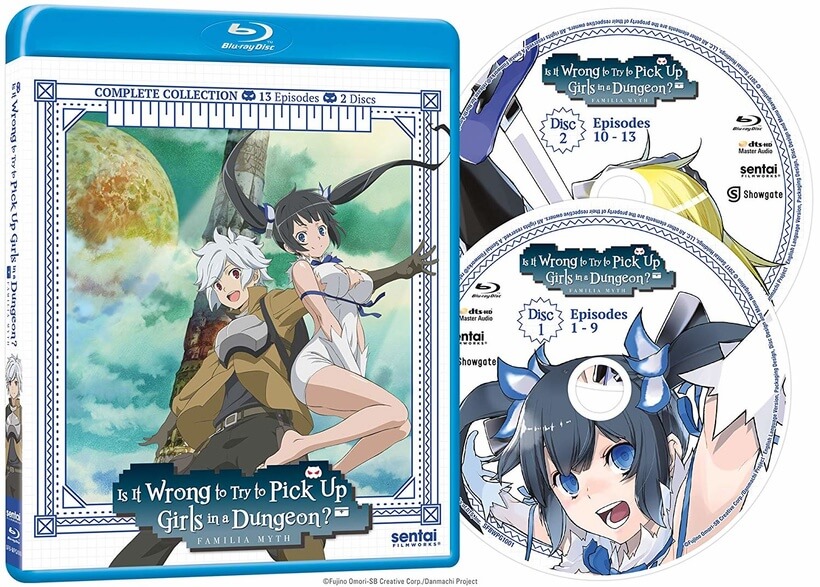 Some adventurers delve into the sprawling labyrinths beneath the city of Orario to find fame and fortune. Others come to test their skills against the legions of monsters lurking in the darkness below. However, Bell Cranel’s grandfather told him a different reason: it’s a great place to rescue (and subsequently meet) girls! Now that Bell’s a dungeon delver himself, the ladies he’s encountering aren’t the helpless damsels in distress he’d imagined, and one of them, the beautiful swordswoman Ais Wallenstein, keeps rescuing Bell instead.

As embarrassing as that is, it’s nothing compared to what happens when goddesses get involved. Freya, Hephaistos, and Loki, with their powerful Familias, are intimidating enough, but there’s one goddess whose relationship with Bell is certain to spark trouble. After all, Bell is the ONLY member of the goddess Hestia’s Familia, and she’s not sure if she wants to share him with anyone! 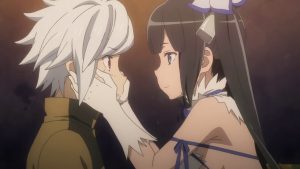 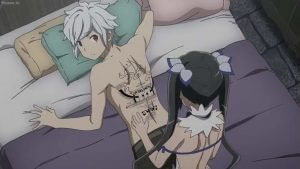 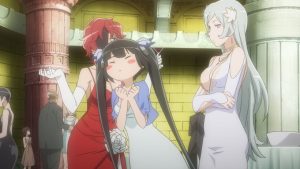 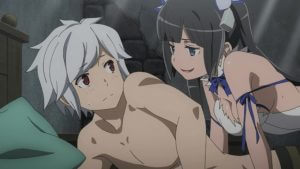 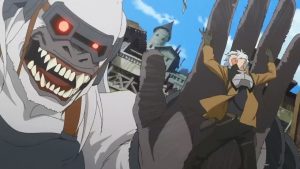 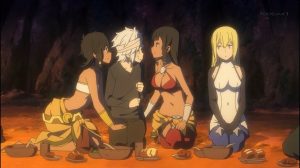 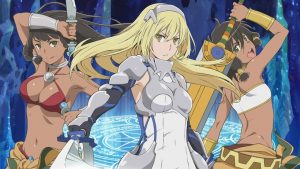 First of all, the title of this anime is *completely* misleading. 😅 So is the rating. I don’t understand why this is rated MA. There must be something I’m just completely missing. And I should know: I usually only watch MA rated anime, mainly because TV14 and under are generally just too childish to really invest myself in. So, they suckered me in with an alluring title and an MA rating, neither of which make sense in the grand scheme of the story.

That’s pretty much where my complaints end, though. There’s not a lot to dislike about this anime. I mean, the animation is fantastic, the fight scenes had me all wide-eyed and attentive, the story is strange (but still interesting), and the harem and ecchi aspects of the story are, well… there. Kind of. Not really, though. 😅 To be honest I started watching this because I assumed (because of the title) that it was an ecchi/harem type of series, but I continued watching it because of the heart.

And that, that is where this series excels: heart. It will give you da feels. Good feels. Sometimes sad feels. Sometimes even outraged feels. Seriously. This anime is basically a beautifully animated collection of feels. And I love it. It’s one of the things that sets it apart from so many other productions, and I wish more anime were created like this.

Except with more accurate titles. And ratings. 😅

Want to watch it yourself? Buy the entire series on Blu-ray Disc ($26.99), watch it on Hulu (requires a subscription), or check it out on Crunchyroll (Free)