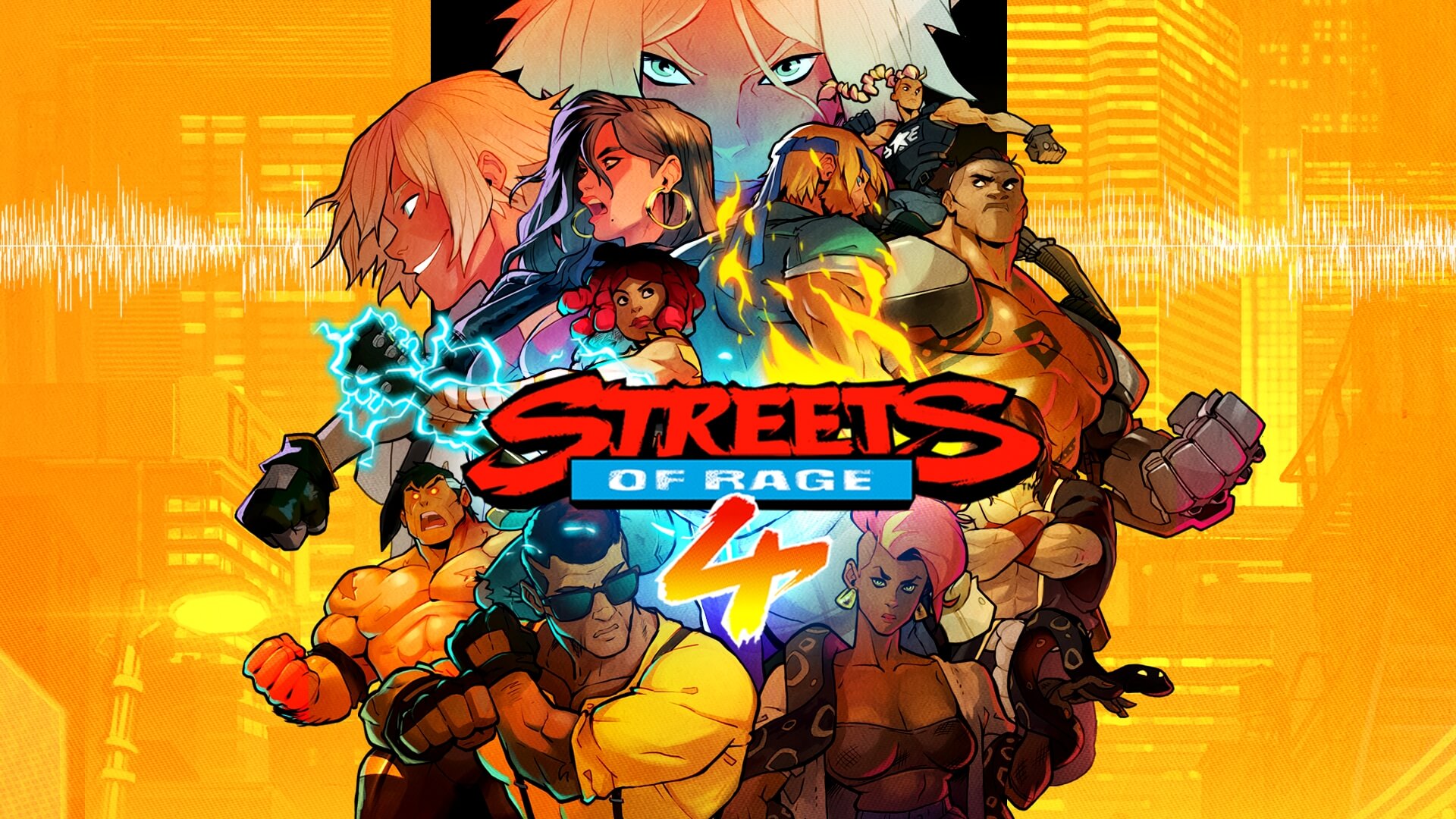 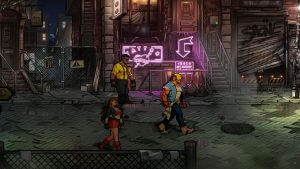 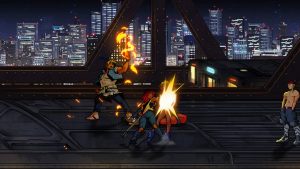 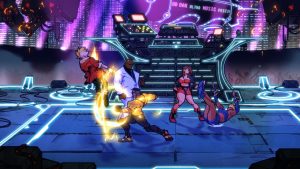 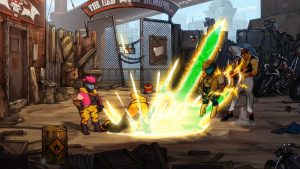 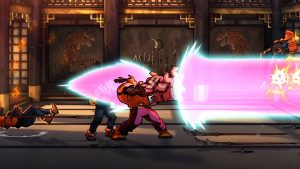 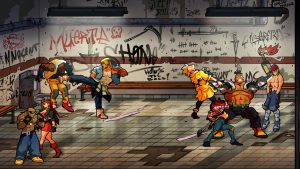 Amongst the best beat’em up series ever created, jammin’ ‘90s beats and over the top street beating, the iconic series Streets of Rage comes back with a masterful tribute to and revitalization of the classic action fans adore.

The all-time classic Streets of Rage, known as Bare Knuckle (ベア・ナックル Bea Nakkuru) in Japan, is a beat ‘em up series known for this timeless gameplay and electronic dance influenced music. Streets of Rage 4 builds upon the classic trilogy’s gameplay with new mechanics, beautiful hand-drawn visuals and a God tier soundtrack.

Team up with iconic and brand-new characters

Streets of Rage 4 got its iconic characters back: Axel, Blaze, and Adam teaming up with new brother and sister in arms Floyd Iraia and Cherry Hunter. With some brand-new moves and kickass tracks to take a listen, our heroes are ready to dish out beatdowns to a fledgling group of ill-advised criminals in full force.

One of your dreams is coming true. In addition to the 5 new characters, unlock and play your favorite pixelated characters from the previous Streets of Rage games such as Axel, Adam, Blaze, Skate, Max and many more with their own retro SFX, in gorgeous HD hand-drawn urban environments. And for the full nostalgic experience, you will also be able to play with the music of the previous Streets of Rage games!

Streets of Rage 4 will be the first entry to the core series in 25 years, standing as Axel, Adam or Blaze’s glorious return to serving up side-scrolling beatdowns. With lush hand-drawn animations, new combat abilities, and fresh tracks from an amazing team of composers, Streets of Rage 4 will be a masterful tribute to and revitalization of the classic action fans adore.

The Streets of Rage series is known for its electronic dance influenced music around the world.

Led by Olivier Derivière the soundtrack of Streets of Rage 4 will be composed by not only an all-star ensemble of Japanese memorable musical architects in the video game history but also by 4 Western rising stars:

● The comeback of the legendary Streets of Rage series.
● Beautiful graphics fully hand-drawn animated by the studio behind Wonder Boy: The Dragon’s Trap.
● Clean up Wood Oak City by yourself or with another friend online !
● Team up to 4 people offline to take the city back for the very first time!
● Classic gameplay enhanced with brand-new mechanics.
● Soundtrack by a wide all-star line up of world-class musicians.
● Braised chicken everywhere.
● A dozen former Streets of Rage characters unlockable and playable in their original pixel versions.
● Play with the music of the previous Streets of Rage games.
● 12 unique stages.

I’m not gonna lie: I have never in life played a Streets of Rage game. Or games like it. I’m usually not into side-scrolling beat ‘em ups like Double Dragons, Battle Toads, and Golden Axe. I’ve always been more of an RPG player, and games like this just seemed repetitive and boring. The only reason I even have this game is that it was gifted to me by a friend/reader. It sat in my game holder for the longest time before I became bored enough to give it a try.

This is so much fun! 😳I loved everything about it, from the crisp graphics to the different characters to the fighting styles to the… just, everything! I especially like how, if you have a hard time beating a particular stage, you can adjust the difficulty (which gives you bonuses like extra lives and power-ups from the start) to make things easier. I did that a few times. The game gets hard!

It reminds me of those arcade games I used to watch my big brother play when we were little, games he used to pump quarter after quarter into while we were waiting for our parents to finish up with something or the other. I think his favorite for the longest time was The Simpsons, and I have to admit it was entertaining to watch. This game reminds me of that, but better. I had no idea how much fun actually playing it would be.

I think I found a new genre to play around with! I liked it so much that I went and got all the other Streets of Rage games for the Sega Genesis and immediately started in on them.

Even if you’re not a fan of the genre, you might want to pick it up and give it a try, or at least watch some YouTube video showcasing it. You might, like me, be surprised. 🥰