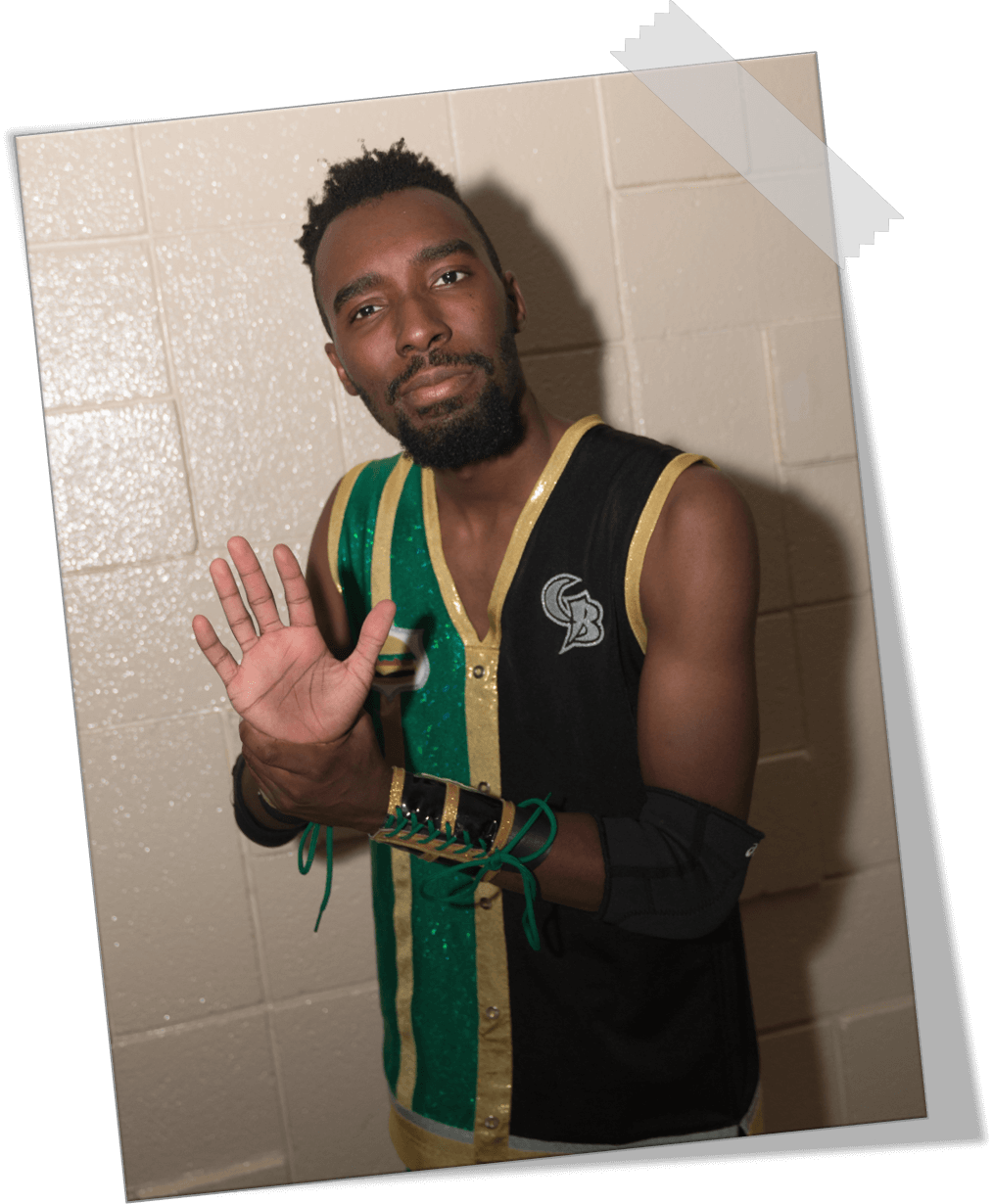 OK, so I’ve known this dude for a while, and he is one of the few celebrities I talk to regularly. He also happens to be one of the coolest dudes I know and has never once approached me in anything remotely resembling a creepy manner. And I adore him for that.

In short: he’s a really good guy!So I figured he would be a good victi—candidate for one of my first interviews gleaned from my social media peeps. So here’s a little information about him just in case you don’t know who he is (shamelessly ripped/condensed from Wikipedia) (https://en.wikipedia.org/wiki/World_Famous_CB)…

Now, without further delay, here be the questions…

Me: If you could spend one day with any deceased celebrity, who would it be?

CB: Andre the Giant! I would love to find out the if all the legendary stories about him are true! Also he loved to party!

Me: What is your favorite genre of book to read?

CB: I’ve loved fantasy and horror books since I was a kid. Books that are just super weird and fascinating. The Lovecraft books and Cthulhu stories are super creepy and freaked me out as a kid. I was a big Harry Potter fan growing up too as most kids were.

Me: If I happened to visit New Jersey, what would be the top three places you recommend I check out?

CB: I would tell you to leave New Jersey as fast as you possibly could haha.

Me: I know you speak Japanese. That is so awesome. Just out of curiosity, though, how often do you actually use it?

CB: I don’t use it too much now since I haven’t been touring Japan for a few years now. When I was touring every year it came in handy for communication in shops and for matches or talking to fans.

Me: Speaking of Japanese, back when you were in New Japan Pro Wrestling, where were your favorite places to hang out in Japan? (In case you can’t tell, Japan fascinates me!)

CB: Oh I have so many places! Tokyo Dome City is super cool. It’s right by downtown and full of amusement park rides and shops. Roppongi is the night life area where everyone goes to drink and party at the end of a tour. Asakusa I visited with my friend and got to see a some amazing temples. Akihabara if you are interested in anime or manga is the place to go.

Me: When you’re not doing wrestling-related things, how do you like to pass the time?

CB: Usually video games especially now during quarantine. I’ve been catching up on my Xbox games. At night I will study my Japanese lessons or study wrestling tape.

CB: “Be an Accountant” I was great with numbers all throughout school and kids thought that would be my career path. Somewhere down the line my math skills completely vanished.

Me: Out of all the matches you’ve had, which one is your favorite?

CB: It’s hard to pick just one but probably Me and Delirious vs Toru Yano and Colt Cabana in Korakuen Hall in Japan. The crowd was absolutely electric!! We did a heavy comedy match and it’s awesome to hear fans laughing at what you are doing. I love putting smiles on the fans faces.

Me: How has quarantine changed you?

CB: It’s completely ruined my sleep schedule. I can’t tell what day it is most days haha. It feels like I’m constantly living a groundhog day.

Me: What is one thing the world doesn’t know about you but would be shocked to learn?

CB: That I hated the name Cheeseburger when it was originally given to me as my wrestling gimmick haha. Now I absolutely love it!