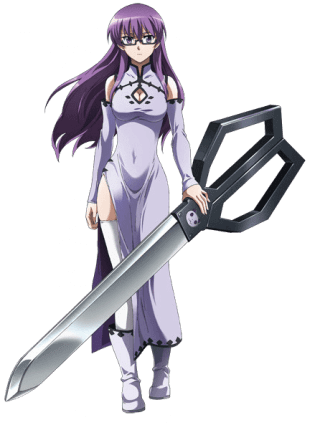 It’s frustrating when you really, really want to write, when your fingers are just aching to bleed out your creativity into your craft, your passion, and… Life decides to hit you with back-to-back time mongers that not only prevent it but only seem to relent when your energy and mental lucidity are completely tapped out. When you have just enough energy to stare blankly at your computer screen and blink, wondering if you’ll ever be able to blissfully go crazy the way you used to before adulting crept up and bitch slapped you.

Things do seem to be relenting a bit. Yesterday, for example, I was able to crank out several chapters of Little Dead Girls, my current passion project. Five hours later I was delightfully wasted, leaning back in my chair like I had just finished a marathon, smiling goofily to myself and completely spent. I loved it.

And then I jumped on a game I’ve been playing incessantly with my baby squirrel, Elder Scrolls Online. Normally I don’t play online games, but this one… see, I used to play World of Warcraft back in the day, and the differences between that and this game are night and day. Not only are the storylines more mature and fully voice-acted, but the community is so warm and helpful! For example, we were trying to complete an area’s tasks, and all we had left to do was kill one world boss (which is basically a monster so badass that you have to tackle it with a mass amount of people), but we kept getting beaten. Humiliatingly so. I mean, it was bad, yo. Usually, we can at least put a dent in a world boss and strategize/cheat our way to victory sometimes, but this creature mopped the ground with us without really trying.

After about 30 minutes and two dozen soul gems (soul gems are used to resurrect you when you die, and they are not cheap!) I decided to do something I had yet to do: I asked for help. I went on general chat, typed out a plea, and… one person responded. So I figured OK, one more person may make the difference, and even if it didn’t, we at least wouldn’t be the only ones getting whipped this time. Misery loves company, am I right?

About a minute passed.

And then all hell broke loose.

It was like the entire server showed up and started slaughtering this motherfucker, throwing him this way and that, hitting him with so many special powers and effects that it looked like a bunch of overenthusiastic Power Rangers clicking on a boss during the fourth of July. My mouth dropped open as I watched the carnage unfold on my screen. I was dumbfounded.

The entire battle was over in about 30 seconds.

Then everyone just blinked out one by one, some staying around to wave or socialize for a second, most just casually going on their way. I looked back at Anne, and she looked at me and… we were speechless. If you know anything about me, that is saying something. 😄 Since then I’ve been watching the chats and found that people occasionally do ask for help with things like dungeons or bosses, and aid is usually quick to come. Things like that never happened to me in World of Warcraft. Whenever I reached out for help (which wasn’t very often, because that’s a hard thing for me to do), I got either made fun of or ignored. Very rarely did I see anyone go out of their way for anyone else unless they were in the same guild, and even then, there seemed to always be strings attached. The maturity difference between these two games seems, to me, night and day.

So. If you’re playing and happen to see two confused little hood rats running around named Alexa Nichols and Squirrel-chan, say hi. If you’re lucky, we may even add you to our party. Maybe. No promises. 😄🥰✌

What can we say, women have some pretty serious orgasmic advantages in the bedroom. First of all, the typical female orgasm lasts about 20 seconds, Michael Reitano, MD, physician in residence at men’s health company Roman, previously told Health. That’s more than three times longer than the male experience, which clocks in at just six seconds. Women also have the upper hand when it comes to being able to have multiple orgasms and G-spot orgasms. Ah, it’s great to be a woman!