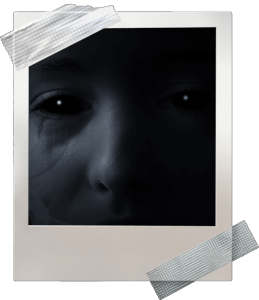 I had the most realistic nightmare last night, and I’m finding it impossible to shake. I stayed up late the night before because I had this writing bug (I’m putting the finishing touches on Erotic Urban Legends: Sisters, a Patreon and Subscribestar.adult project of mine, and I’m really into it!), and Anne has a dozen shows she wanted to watch on about as many streaming networks. So we stayed up, went to bed late, and I woke up at my normal 6 AM time… only for my body to tell me it wasn’t having that shit, and a nap was going to happen.

After a few hours of attempting to work, I finally gave in and took a nap.

I was at the bank, talking with a cashier for whatever reason. This guy beside me, who was also talking to a cashier, became agitated because she wouldn’t accept a sloppy-looking check of his. He argued, but she stayed firm, and after listening to this for several minutes, I decided to try and be helpful. I told him he might have better luck at a smaller place, like a credit union, and rattled off a few I knew in the area.

He seemed receptive, listening and nodding, then said, “Or I can just do this.”

He pulled out a gun. I froze. I had no idea what to do. He was a lot bigger than me, and I watched in disbelief as he moved his gun arm towards me and started shooting…

I dropped to the ground.

My hearing dulled next.

I felt the bullets as they entered my body, but oddly they didn’t hurt – I just felt their pressure. I felt my grip on reality slip, and this strange sort of encompassing darkness began cradling me, and my heart, for some reason, started beating hard in my chest.

Honestly, I’m still shook. The news lately has been getting to me far more than I let on. Hopefully, this is a one-off event and not the start of a trend. I don’t think I could mentally deal with a recurring dream like that… 😩

“Who looks outside, dreams; who looks inside, awakes.”