I got a lot of things done today author wise! I edited Taken based on the input of my Beta Reader Hit Squad (it will be released the first of next month, FYI), did some major editing / writing on Voyeur, my upcoming episodic erotica series (that my newsletter subscribers get absolutely FREE), damn near wrote Programming Sophia in its entirety, plotted out No, Daddy! I’m (STILL) Not Mommy!, and even did some work on Porn Star – oh, and ordered the cover for Mya. And did a smidgen of brick laying for Nephilim 2: Prisoner. And a warning ahead of time: after I publish Nephilim 2, I am definitely taking a vacation! 😀

And then, in the midst of all this productivity, Richie from Kinky Literature sent me two very awesome things: a sonnet for my upcoming book, Taken:

“Hey Daddy, let’s make a deal for your helpless kin
Get the fuck outta’ here with your shit about sin”

And a YouTube video (which my web dude Jamie and I are trying to figure out how to integrate into the site)! Check it out!

Anyway, I think the rest of the day I’m going to decompress and play Skyrim. I have to be at work an hour early tomorrow and I still want to watch a movie with my brother unit tonight (My pick this time! Bahahaha!) so I’m ending this entry a little earlier than normal.

“A happy gardener is one with dirty fingernails, and a happy cook is a fat cook. I never get tired of what I do because I`m a sex fiend. I`m very lusty.” 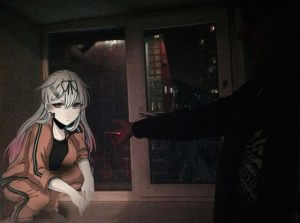 FacebookTwitterPinterestRedditEmailWhatsAppSMS
Posted in Diary
← I Wanna Write!A Creature of Habit →