If you really know me, you know I don’t take naps. The reasons for this are twofold:

All that being said: I just woke up from the most glorious nap of my life. 😀 The right side of my face looks like someone slapped the shit out of me, but I feel fantastic.

Here’s how it went down: I was running around like crazy, getting all manner of behind the scenes author tasks that I didn’t have time to do during the week done, and actually managed to catch up on everything. I even managed to finish the Yellow Edit of Killer Lolis, meaning tomorrow I’ll start (and hopefully finish) the Green Edit, then the final cleanup, then shoot it out to my Beta Reader Hit Squad©® to edit.

Hopefully. Anyway, after doing all this I put my tablet in full virus scan mode (once a month I put all my data devices through a gauntlet of scans and checks) and sat on the couch next to my brother while he passively watched some strange reality show on TV. I remember leaning against his arm, and the next thing I know I’m waking up, my head on his leg, slobber coming out my mouth.

I was honestly shocked. I don’t even remember going to sleep!

My brother, the saint that he is, looked lovingly down at me and said “I have to pee, my legs asleep, and your snoring made me miss half of my show. Get up.”

That may not seem funny, but it really was; you had to have been there. It’s the way he talks, how he says things…it just kills me. Like, he wasn’t even really mad or annoyed, but unless you knew him you would swear he was about to throw me halfway across the room. That’s just his way of being funny. Some people think he has no sense of humor, but in reality, he has way more than most – it’s just different than, say, some standup comedians.

In fact, he just finished surprise ordering me Pizza Hut to cheer me up. Why would I need cheering up? Well, because I was supposed to go out with my face seat this weekend, and I even texted her a few times, but no response. I dunno. I guess it really was just meant to be a one-night stand.

No big deal. I have writing, reading, and my #AlexaArmy to keep me warm. 😊

What more could a girl ask for? 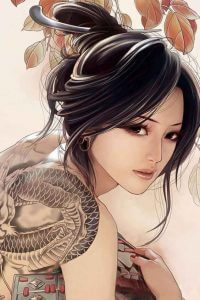 “The lover of life makes the whole world into his family, just as the lover of the fair sex creates his from all the lovely women he has found, from those that could be found, and those who are impossible to find.”