I’ve said it before, and I’ll repeat it: I hate the first of the month. So many author tasks erupt on my to-do list that it’s surreal, and ensures that my entire day will be spent doing nothing but checking them off. Sure, having an assistant definitely helps, but not when she’s always whining about how she wasn’t able to drink last night because she’s pregnant with my brother’s baby. Like I’m the one that whipped off the condom and shoved his penis inside her or something.

Couple all this with the fact that I still haven’t been to sleep yet and you have an angry, hostile little redhead. I just want to go outside and start slapping bitches. Of course, I can’t, because said bitches would probably press charges, and then my brother would have to come bail me out of jail yet again.

Oh! And in case you didn’t know, the eBook and paperback versions of Girl Fight are live on Amazon! Yes, I know, they’ve been up there for a few days, but since it’s the first of the month I’m officially pimping it advertising it now. Hence the social media/avatar/banner/website changes, and the themed social media posts that will be periodically launched throughout the month.

Also: my Patreon, which I’ve been working on when I have time, will be officially launched in February! I’ve had several of my Alexaliens©®™ ask if they can buy me gifts, send me things, etc., and the Patreon will be the next best thing. In fact, it will be even better than a gift, because any contributions made to it will help me pay author fees such as websites, graphic designers, editors, and more. Believe me, these things add up, so any help is appreciated. Of course, there will be rewards for contributing, which I’ll get more into later. It will be worth it. Trust me. 😉

Now about the Girl Fight contest I was going to hold…fuck that shit. I had no idea there were so many laws relating to things of that nature. It’s mind-numbing. I could get into serious legal trouble over giving away my own book if I’m not careful. Which is retarded. I created it. It came from my mind. Why should someone else be able to tell me how I can give it away?! I mean, I could do the standard Amazon giveaway thing, but I wouldn’t be able to include the signed paperback, audiobook, and corresponding #Hashtag product like I wanted. Or would I? I wonder if there’s a way for me to know who won so I could send them the other things…anyone know?

Anyway, off to sleep I go. My energy is finally tapering off.

Until tomorrow, I am 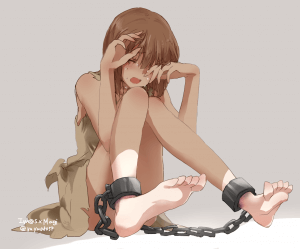 “There are two things people want more than sex and money… recognition and praise.”