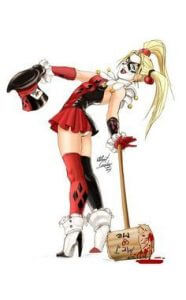 Just waking up in the morning gotta thank god. I don’t know but today seems kinda odd. No barking from the dogs, no smog. And momma cooked a breakfast with no hog. 😀

Just playing. If you got the above reference (today’s entry title should have made it click), then we can definitely kick it. I’m a little hood-rat at heart, I admit, and I’m completely unashamed of it.

To say I had a productive writing day would be a massive understatement. Not only did I manage to complete all my author tasks before 1:30PM, but I also pulled off writing a personal record-breaking 6,487 words! I even succeeded in doing my real-life job and hiring beta readers for the story I’ll be finishing in a few weeks. It’s been a deliciously busy day.

I also received a bit of good news today: the audiobook version of Programming Sophia is finally complete, and I listened to it, approved it, and sent it on its way to Audible for quality checking and final distribution. I’m so psyched about this. It’s a mind-fuck of a story, rich in conspiracy theory and neuro-linguistic programming. Oh, and tons of sex thrown in for good measure. Of course.

The only problem with overachieving like I did today is stopping myself. I still wanted to write, but I know myself well enough that if I continued, I would burn out and tomorrow I wouldn’t be worth anything. So, I decided to re-fill the creative tank by reading a manga I’ve heard a lot about, artistically named My Balls. It’s hilarious. Here’s the summary:

The fate of the world rests on one man’s shoulders. Or, to put it more exactly, it rests on his balls. In a freak sealing accident the Queen of Terror is sealed into Satou Kohta’s balls, thus preventing her from reigning destruction on the world. However a lesser devil, Elyse, has been sent up to Earth to release the Queen at all costs. The only way to do so is to make Kohta ejaculate, and Elyse only has 30 days to do it. The battle for mankind has begun, in Kohta’s pants!

I’m on issue seven, and so far, it’s hilarious. This poor guy…I couldn’t even imagine going without sex for as long as he has to. I’d have blue-ovaries. And yes, guys, it is a thing. Seriously. We ache too. Trust me. If you want to read it yourself, you can do so here, though if you’re like me, I’d rather read it offline without ads or loading times. That’s where HakuNeko Desktop comes in. I love it. It’s a free (even ad-free!) Windows program I’ve been using to download all my manga for years now. It’s a beautiful thing. If you want to get it yourself, go here. Virus-free. Promise.

Anyway, I’ve corrupted you all enough. It’s been a fantastic day, and long overdue at that. Hopefully, tomorrow will be more of the same.

Until then, I am

“Aviation offered such fun as crossing the continent in planes large and small, trying the whirling rotors of an autogiro, making record flights. With these activities came opportunity to know women everywhere who shared my conviction that there is so much women can do in the modern world and should be permitted to do irrespective of their sex.”