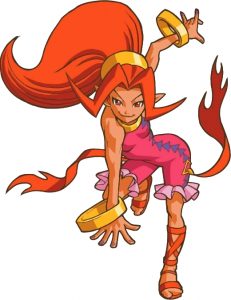 I’ve been a busy little demoness today. No lie. I spent a considerable chunk of time working on my upcoming Patreon (so many awesome rewards for being a supporter, just wait and see), reclassifying a slew of my eBooks and paperbacks to Romance/Romance Erotica (instead of strictly erotica), and learning a ton about being an author in general. I swear every day I learn more and more about the business aspect of professional writing. It’s a fascinating realm, and it helps so much that I have other author friends in my corner for support. And my #Alexaliens. Without you guys, I would go flat-out insane.

Oh yeah, I wrote too. 😛 I didn’t break any records or anything, but I did manage to crank out 5,306 words – mostly because I had to stop and do research. I’ll tell you what: if you think you’re smart, try writing a book. You’ll see just how little you really know about life! 😀

While we’re still on the subject of writing…

I posted about it on social media earlier today, but in case you missed it, here’s a recap:

This Valentine’s Day we’re going to celebrate together! Come February 14th I’ll be giving away a triad of gifts: a massive sale on all my books (something I rarely do), a one-day free giveaway of a mystery book (to be announced on Valentine’s Day), and a giveaway of ten free audiobook codes!

Which reminds me. Next month I’ll be releasing Amore, the lesbian love story I included in the Bad Girls of Erotica Anthology No Boys Allowed. I was going to release the next episode of Voyeur, but being that February is Valentine’s month and all, I figured it would be an apt release. I also thought I would switch the Voyeur series to be a Patreon exclusive. More news on that later in the month.

As I said, I’ve been a busy little demoness.

Which is why I’m taking the day off tomorrow. No writing, no writing-related things, just me, Anne, and later on that night a booty call date with Rebecca. I’m looking forward to it more than you guys know. 😉

“I’m at the age where food has taken the place of sex in my life. In fact, I’ve just had a mirror put over my kitchen table.”