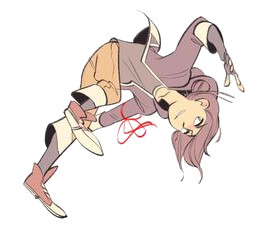 I don’t often talk about the news. The reasons for this are myriad, but today while I was out running errands and working out the kinks of The Qedesha’s Handmaiden I was alerted to so much strange shit that I absolutely couldn’t resist. 😀 It was almost as if Google was on a mission to assault me with story after story, each stranger than the next.

The first of which: the suicide video that Logan Paul posted yesterday on his channel. You can watch it here: https://youtu.be/oWjxSkJpxFU . When I was first alerted to it, I immediately knew two things:

I was right on both counts.

I was also touched by the video and detected a sincerity in it that I did not expect. It’s no secret: I’ve been a Logan Paul vlog watcher for quite some time now, and even though I’m not in his “Logang” or a “Maverick” or anything, I have a lot of respect for his hustle and mindset. I mean, research his career. The dude is tireless. And talented. Serious and reflective, however, was not something I thought was in his repertoire.

Turns out, I was wrong.

Now for the second news story: Vince McMahon announcing that the XFL will make a comeback in 2020 – nearly two decades after the original incarnation went out of business after just one season. You can read about it yourself here: https://www.nytimes.com/2018/01/25/sports/football/vince-mcmahon-xfl.html . This made me laugh so hard I almost got ran over. It will be interesting to see what he does. I mean, the NFL is huge. He better come up with something better than he did last time because giving the NFL competition is going to be hard. Sure, initially people will watch out of curiosity (I know I did when he first tried to pull this off), but to keep them watching…

Now to the third and final story: The Bulletin of the Atomic Scientists moving the Doomsday Clock (a metaphor for humankind’s proximity to global catastrophe), ahead by 30 seconds. They say this is the “closest to the symbolic point of annihilation that the Clock has been since 1953 at the height of the Cold War.” You can read about this on their website here: https://thebulletin.org/timeline . Now my reaction to this was drastically different than my response to the other two news stories: I merely rolled my eyes and scrolled on. The only reason I’m even talking about it now is that people are getting really worked up about this, and I wanted to take a second and remind them of an elementary fact: this is a metaphor. It is made by humans. Artificial. (*cough* kind of like *cough* religion *cough* *cough*) So relax. Seriously. Absolutely nothing has changed. Just because you became aware of that damn toy clock being manipulated doesn’t mean the world is any more on the brink of doom than it was before. It has always been on the brink of doom. That clock doesn’t mean shit.

Anyway, I did eventually make my way home, and the first thing I did was strip down to my panties and sit right down at my computer to write a few thousand words. And terrorize social media (mainly Twitter). So, if you were one of the ones I was talking to today, you now know you were talking to me in my underwear and nothing else. 😀

“There are still forces in America that want to divide us along racial lines, religious lines, sex, class. But we’ve come too far; we’ve made too much progress to stop or to pull back. We must go forward. And I believe we will get there.”

FacebookTwitterPinterestRedditEmailWhatsAppSMS
Posted in Diary
← Being a stupid pocket-lesbian, mangling French Toast, and dyslexic crack-addicted monkeysPaying for pizza with crack, unforeseen research, and a serious question →