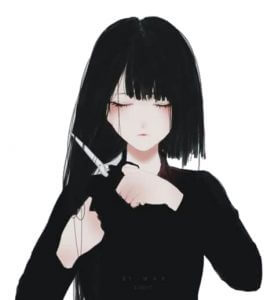 I received an email today from a young woman, a stranger, that completely shook me to my core. To say it took me off guard is a gross understatement, but I’m not sure how else to adequately describe it. To put it succinctly, she told me that she wanted me to write a story based on her life, with the stipulation that I donate half of the proceeds from the book to RAINN, the Rape, Abuse, and Incest National Network. In the email, she went into graphic detail about some of the things she had been through growing up, and there was a sincerity in her words that I recognized.

I didn’t exactly have a perfect childhood myself, but admittedly I have nothing on this girl.

I responded that I would need to know more about her story, of course, and that I would have to look into the legalities of her request as I had never even thought of doing something like this before. In the back of my mind I suspect a scam of some sort, as this is the internet, but in my heart, I believe she’s really telling the truth.

If it turns out to be legitimate (which I think it will), I will definitely do it. I can understand why someone would want their story to be told, but I don’t know why they would pick me to do it. I guess I’ll find out more when she responds. As always, I’ll keep you updated.

On the writing front, I’ve been like a woman possessed. I’m so close to finishing The Qedesha’s Handmaiden that I can taste it, and it’s both a fascinating and depressing feeling. I’ve spent so long on this story and watched it evolve in so many different ways into what it is now that finishing it almost feels like child abandonment.  Of course, I go through this with all my books, but still. The emotion is very real to me.

Hopefully, the Qedesha trilogy will make you feel some intense emotions too – and not just lust. There is plenty of sex crammed into those stories, yes, but the sex is there for a reason, and it is not there merely for the sake of sex but because it is interwoven into the story… as I’ve said before, writing straight and simple smut seems to be an impossibility for me. I can’t write a simple fuck-book to save my life. Check out the original story, Qedesha (Sacred Prostitution), and you’ll see what I mean.

Anyway, I’m going to end this entry for now, as I have several personal matters to wrap up before I go to bed. I apologize for the overly serious tone of this entry, but my mind is a bit distracted by that email – so much so that I’ve been refreshing my inbox every five minutes.

So, until tomorrow, my loves.

“I’m a heroin addict. I need to have sex with women who have saved someone’s life.”

FacebookTwitterPinterestRedditEmailWhatsAppSMS
Posted in Diary
← Being drugged by the bestie, begging for opinions, and bringing itDoing it 2,837 times, a confusing email from Audible, and accepting applications for a gay friend →